While grandparents worldwide often enjoy the retired life – pursuing hobbies, travelling the world and occasionally visiting their children and grandchildren – retirees in China are often stuck at home, tasked with taking care of the little ones while their sons and daughters go to work.

For Chen Shuxiang and her husband Guan Hongsheng, who are in their late-60s with a 10-year-old grandson, they leave the bulk of the caregiving responsibilities to the child’s parents, despite living in the same city in Fuzhou in southeastern China’s Fujian province.

Their rejection of becoming primary carers stand out as it is so uncommon in China, but also because they may be pioneers of an impending social shift.

“We are happy with our life,” said the couple, who enjoy spending time editing videos, taking photos and travelling across China and the world. They are still involved in their grandchild’s life – cooking meals and occasionally picking him up from school – but they are not primary carers.

Grandparents remain a major, and usually free, caregiving option for Chinese parents, who often move far away from home to pursue higher salaries or work long hours to support their family financially.

But a growing number of seniors like Guan and Chen are either asking to be occasional helping hands or are demanding payment for full-time work.

Earlier this month, a court in Jinan, in Shandong province in eastern China, ruled that a couple owed the husband’s father 20,000 yuan (US$3,000) because he had cared for one of their two children for years, the Shandong Business Daily reported.

The husband let his eldest child live with the grandfather and vowed to pay him 300 yuan (US$45) a month, but he failed to fulfil the promise, the court heard.

Similar legal cases demanding payment for childcare from grandparents have emerged across China in recent years, as an increasing number of elderly people are pushing back against this long-existing social obligation that they raise their grandchildren.

Linda Sun, a kindergarten teacher in Shanghai, said at least 80 per cent of the children in her class were dropped off and picked up by their grandparents every day when she started the job in 2017. But over the years, she has seen more involvement from the parents, although the increase was “mild”.

“As family income improves, there are more full-time parents, and people today are more aware of the importance of spending time with their children,” she said. 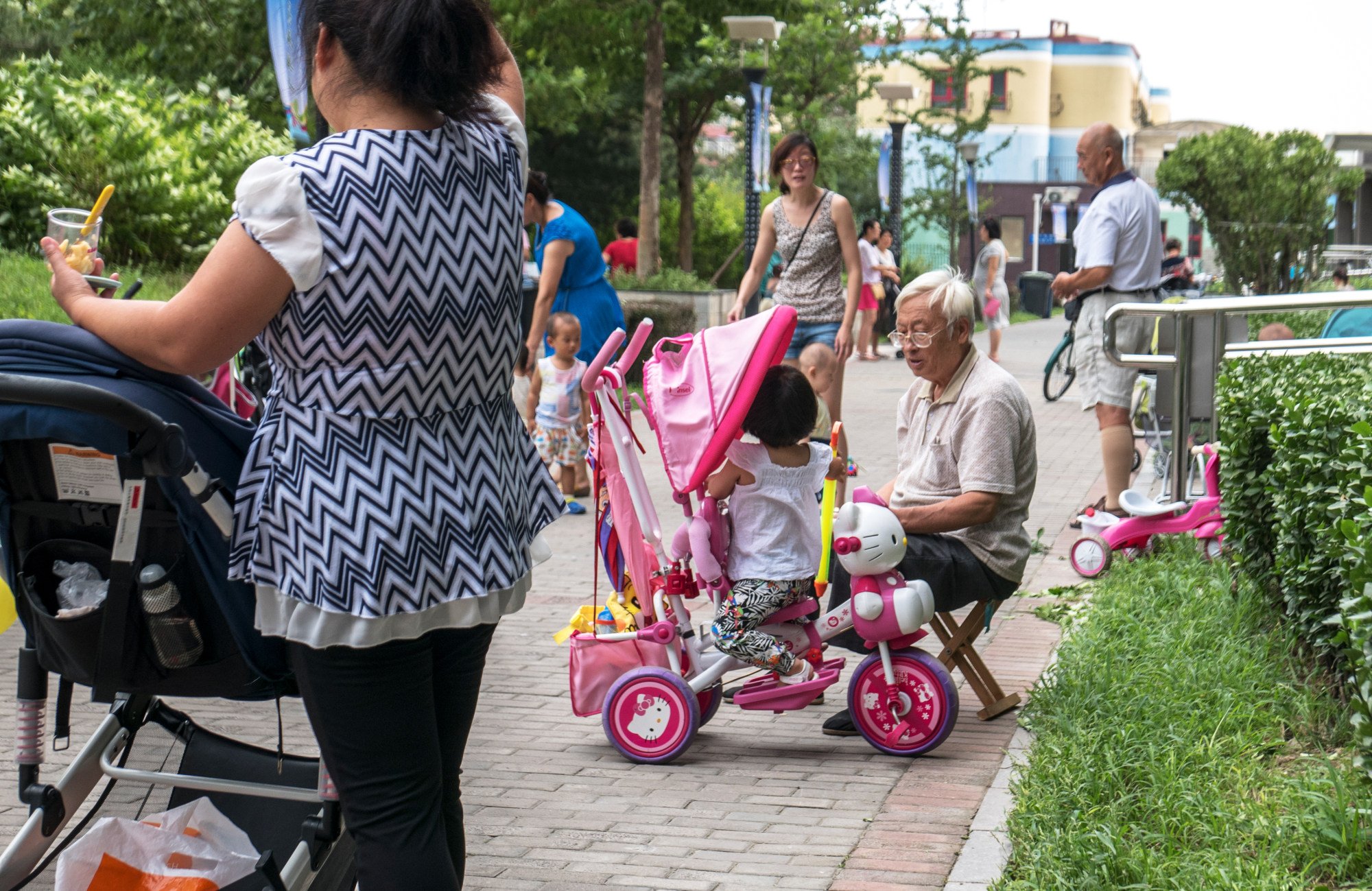 Despite an increased likelihood that grandparents will pursue a more independent retirement, the numbers are still relatively low.

An April 2021 poll conducted by the Changzhou government in Jiangsu province in east China found that 20 per cent of parents “raised their children independently”. An additional one-third of families considered the grandparents as “helpers”, while 47 per cent said the grandparents were primary carers.

The poll also revealed that parents are not necessarily happy with the arrangement. Over half of respondents think the grandparents tend to dote on the grandchildren, causing them to “act spoiled” and “develop poor living habits”.

However, the tradition is gradually changing as social mindsets adapt and families become more financially stable.

“The people retiring now were born after 1960, so they were young enough to enjoy the economic benefits of the opening-up and reform [in the late 1970s]. They have new ideas compared with the previous generations,” he said. “They are not the types whose lives revolve around their family.”

“And for the younger generation, they also want their parents to have their own lives,” he added. 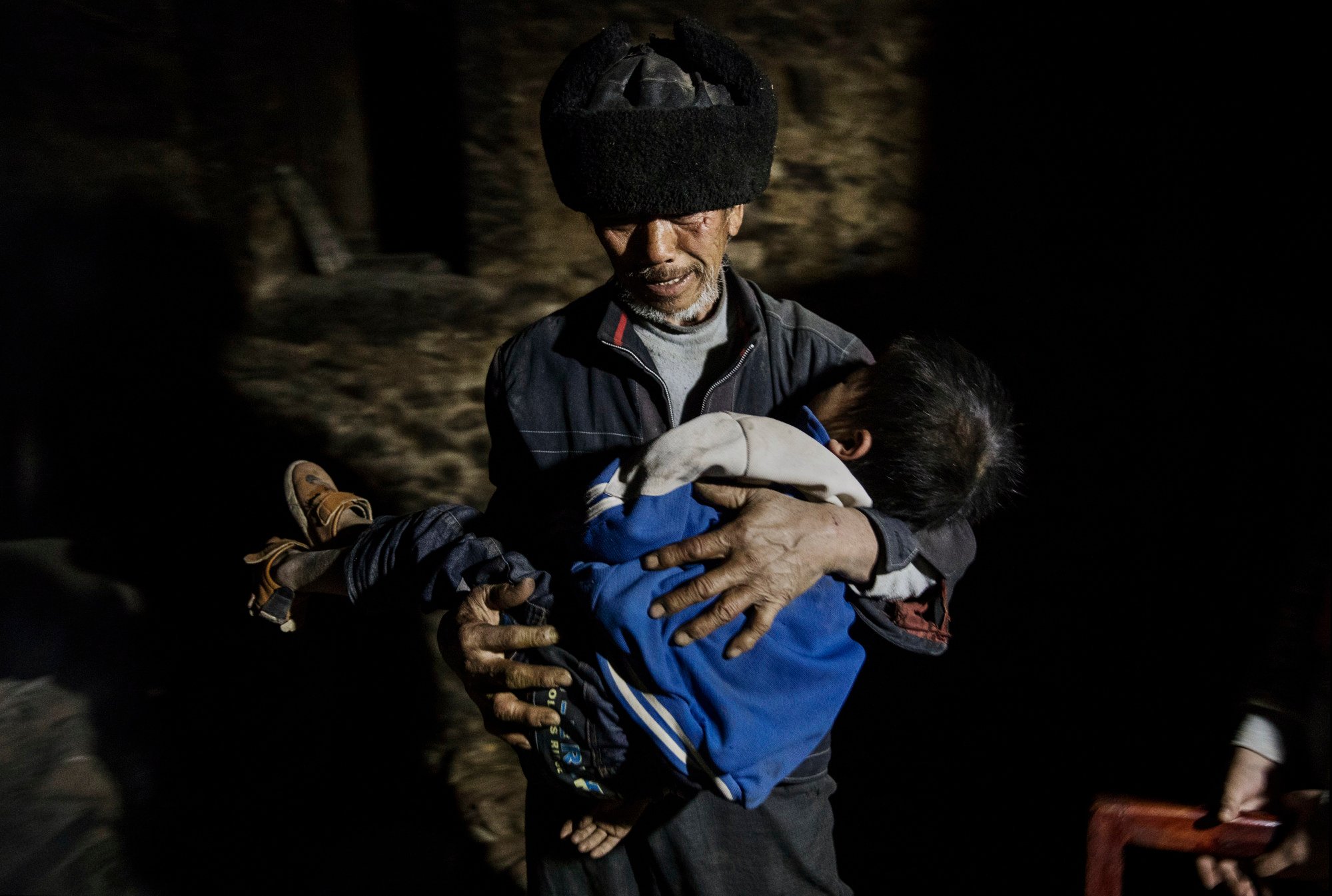 A major feature of child-rearing in China is the phenomenon of “left-behind children” in rural villages, where entire populations are either children or elderly because working-age adults have moved to big cities to find work.

While the number remains high, with 6.4 million children being considered “left behind” by the Ministry of Civil Affairs, it has fallen by 28.6 per cent since 2016.

While Chen, the Fuzhou grandmother, can buck the trend and enjoy her retirement with her husband, she does have the fortune of being able to support herself in retirement.

“We are financially stable enough to travel around and do things we like. And our son and daughter-in-law give us cash gifts once in a while,” she said.

“Our children are very supportive of us pursuing our own life. I hope that we are not considered the ‘lucky ones’ because more children will show their support for their parent’s retirement in the future,” she said.