Delegates walk out on Russian speaker at Apec meet 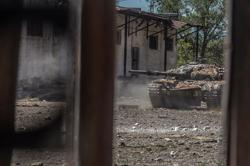 Delegates from the United States and four other nations staged a walkout when a representative from Russia began his opening remarks at a meeting of trade ministers of the Asia-Pacific Economic Cooperation group in the Thai capital, officials said.

A Japanese official said Japan’s Trade Minister Koichi Hagiuda and his counterparts from the US, Australia, New Zealand and Canada yesterday walked out of the meeting to protest Russia’s invasion of Ukraine.

The official spoke on condition of anonymity because he was not authorised to speak to the media.

A statement from the office of New Zealand Trade and Export Growth Minister Damien O’Connor said he walked out “in protest at Russia’s invasion of Ukraine, which has slowed the region’s economic recovery from Covid-19 and made it harder for people in the region to get food on their tables. He walked out in good company.”

A US official in Bangkok confirmed the walkout but did not provide further details. He asked not to be identified.

There is diplomatic sensitivity over speaking about the incident because the proceedings were held in closed session.

Thailand is this year’s host nation for meetings of Apec, which comprises 21 economies. The two-day meeting ends today.

The walkout occurred just as Maxim Reshetnikov, Russia’s minister for economic development, was set to deliver his opening remarks, said a South-East Asian diplomat, also speaking on condition of anonymity.

He said the delegates of the five protesting nations and their staff walked out together in what appeared to clearly be a planned action, and returned after Reshetnikov completed his remarks.

Apec was launched in 1989 to boost growth by promoting economic integration and trade among its members. — AP 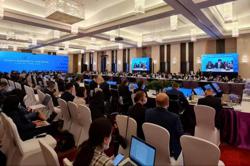