Planting ‘letters from spring’: Chinese artist in Guangzhou has been covering dingy walls with flowers made of felt

A Chinese art student has taken it upon himself to decorate the southern megacity Guangzhou with “flower patches” made out of felt, which has been praised as “bringing warmth and healing to the public”.

Luo Shengtian, a fifth-year student at Guangzhou Academy of Fine Arts in Guangdong province, has installed 18 pieces to cover broken corners and shabby walls in the suburbs near his school.

The felt flowers are colourful and include depictions of tulips, corn poppies, chrysanthemums and calla lilies, according to Southern Metropolis News.

“Some streets in the village are narrow, and I’m sometimes bruised by broken corners when I am riding my bicycle. They can hurt children, too,” he said. 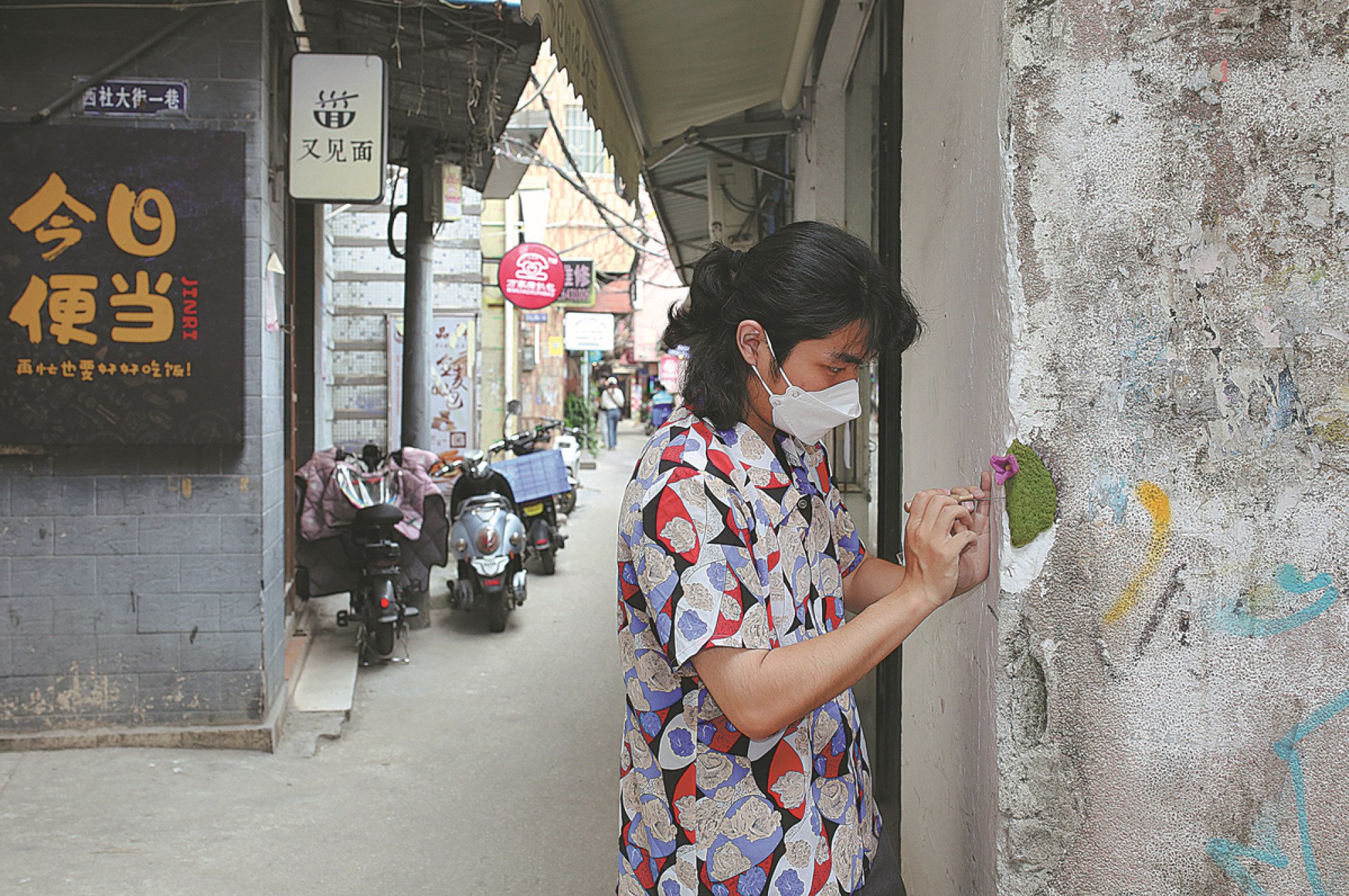 He chose to use felt because it is a soft material, and Luo said he is good at working with the medium.

Luo started by using felt that resembled the wall but soon found it boring. Plus, it was challenging to find felt in the correct colour.

When a classmate told Luo to “think outside the box”, he decided to start making flowers because he had done it before and enjoyed the process.

His first “flower patch” was installed at the base of a memorial archway in early April. It took him about half an hour because he had to take breaks to allow vehicles and pedestrians to pass.

Luo said he did not expect the art to become popular, but the project has received more than 60,000 likes on social media, and some people have called it “soft patches for the city” and “letters from spring”.

One person wrote on Douyin, China’s TikTok: “Perhaps it is a small gesture, but if a downhearted person sees these, it could be their light.”

Many people expressed interest in volunteering to join Luo and help him expand the project. Luo’s team, named “little flower chivalry”, now has over 200 members from both China and abroad.

Luo said he and his friend repaired the outer wall of a dessert shop once by “planting a tulip” there and left the site quickly, fearing the shop owner would not like their work and would scold them.

But the shop owner later found Luo to express his gratitude. He said Luo could eat free sweet soup at his shop for a month, but Luo politely declined the offer.

Some of the felt flowers were taken away by children, which Luo enjoyed.

“Because these flowers are so adorable, I can plant them again,” he said.