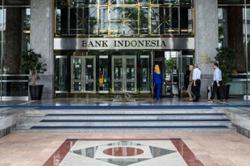 JAKARTA, May 20 (Jakarta Post/ANN): Finance Minister Sri Mulyani Indrawati has proposed to the House of Representatives a massive increase in subsidies and compensation as the government seeks to keep fuel and electricity cheap despite a global energy price surge.

The move, announced on Thursday (May 19) afternoon, would raise budget allocations for energy subsidies and compensation by nearly Rp 291 trillion (US$19.83 billion) to Rp 443 trillion, far above the figure stated in the budget plan for this year.

The government has all but ruled out the option of raising fuel prices for now.

According to the proposal, the compensation would consume Rp 234.6 trillion of the energy budget, a tenfold increase from the initially planned Rp 18.5 trillion for this year.

Rp 208.9 trillion would go to subsidies, raising that budget allocation by more than half of the initially planned amount. The compensation goes to state-owned energy firms Pertamina and PLN.

The proposed increase in subsidies and compensation for this year, in addition to Rp 108 trillion in outstanding compensation obligations from last year, brings the additional energy spending need for the 2022 budget to Rp 400 trillion.

“There are only two options. If we do not raise [subsidies], then fuel and electricity prices will rise. There is no in-between. Therefore, our expenditure in the state budget will be greater,” Sri Mulyani told lawmakers during a meeting with the House's budget committee.

Numerous committee members have expressed their support for the spending hike.

Indonesia’s inflation hit a three-year high as it rose to 3.47 per cent in April, which the government acknowledged as a possible threat to private consumption and the economic recovery.

Sri Mulyani went on to say that the increase would not derail the country’s fiscal consolidation timeline, which requires that the budget deficit return to below 3 per cent of GDP next year.

She said the government expected state revenue this year to be Rp 420 trillion higher than assumed in the 2022 budget plan thanks to soaring commodity prices, which would lift total revenue to Rp 2.2 quadrillion.

The government aims to use Rp 350 trillion of the windfall to cover soaring subsidies and compensation.

The rest would be assigned to reduce the fiscal deficit by lowering bond issuance, increase social aid, increase state transfers to the regions and increase education spending – which by law must be one-fifth of annual spending.

Combined with Rp 50 trillion in unspent funds from last year’s budget, the government aims to slash its debt issuance by at least Rp 77.8 trillion this year and thereby achieve a 2022 budget deficit equivalent to 4.5 percent of GDP, still lower than the initially planned 4.85 per cent of GDP.

Private lender Bank Permata chief economist Josua Pardede told The Jakarta Post on Thursday that he lauded the policy, as it would likely help maintain inflation below 4 per cent.

That, in turn, would help maintain consumer spending, which was important to reach this year’s GDP growth target of 5 per cent or more.

“This indicates that the government maintains fiscal consolidation and at the same time is trying to prevent people's purchasing power from declining,” Josua said.

M. Rizal Taufikurahman, who heads the Center of Macroeconomics and Finance at the Institute for Development of Economics and Finance (INDEF), warned on May 11 that increasing subsidized fuel prices could slash GDP by 0.12 percentage points as consumption would take a hit. - Jakarta Post/ANN 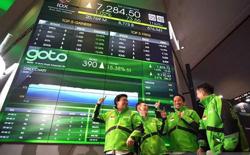 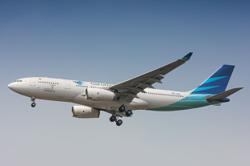