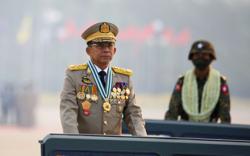 "We will hold the peace talks tomorrow, May 20," Zaw Min Tun said during the council's 14th press conference on Thursday.

Seven EAOs that are signatories to Nationwide Ceasefire Agreement (NCA) and three non-signatory EAOs registered to attend the peace talks with Min Aung Hlaing, the spokesperson reaffirmed at the press conference.

In Myanmar, 10 ethnic armed groups have so far signed the nationwide ceasefire agreement with the government since it was initiated in October 2015.

The state power of Myanmar was transferred to Commander-in-Chief of Defense Services Senior General Min Aung Hlaing after the declaration of the state of emergency in February last year. - Xinhua