The court heard that the two shared a close relationship as cousins, and the girl, who turns nine this year, referred to him as "big brother".

The Malaysian youth, now 20, pleaded guilty on Wednesday (May 18) to one count of using criminal force on the girl by touching her genitals over her pants.

He also admitted to molesting her two more times between March 16 and June 27 in 2020. These two charges will be taken into consideration for his sentencing on July 5 this year.

The name of the accused cannot be revealed due to a gag order to protect the victim's identity.

The court heard that the accused moved from Malaysia to Singapore on March 16, 2020 and lived in a flat with the victim and her mother.

On June 27 that year, the trio was at a friend's house when the victim's mother saw her daughter watching something on the accused's tablet while sitting on his lap.

"She thought they looked as if they were hiding something from her and confronted the accused," said Deputy Public Prosecutor Sheldon Lim.

The accused admitted to molesting his cousin and the victim's mother lodged a police report.

District Judge Kessler Soh called for the accused to be assessed for probation and reformative training before sentencing.

Probation is a community rehabilitative sentence that requires the offender to be supervised by a probation officer for a period of between six months and three years.

Reformative training is a rehabilitative sentencing option for young offenders aged under 21 who are found to be unsuitable for probation.

A stint at the Reformative Training Centre lasts between six months and 4½ years.

For each count of using criminal force on a person under 14 years old, an offender can be jailed for up to five years, or fined, or caned, or any combination of the three. 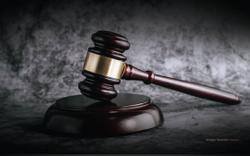 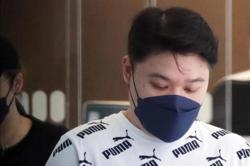