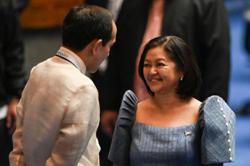 The interview and vetting process is still ongoing for other positions in the Cabinet of presumptive president Ferdinand “Bongbong” Marcos Jr, his spokesman said.

Attorney Vic Rodriguez, Marcos’s spokesperson, said their camp is “moving in the right direction” in completing the next administration’s Cabinet.

“I know people are excited about the other names we will release but the interview, vetting and search processes are still ongoing to have a Cabinet that will really respond to the problems we will face,” Rodriguez said in an interview with Teleradyo.

“The election was just concluded exactly a week ago.

“I think we’re moving in the right direction, with the appropriate speed,” he added.

Duterte was Marcos’ running mate in the 2022 national polls while Abalos served as the presumptive president’s campaign manager.

Rodriguez added that some individuals are volunteering to be part of the Cabinet.

In an earlier interview, Rodriguez talked about the requirements to be a part of the Marcos Cabinet.

He said that apart from being competent and qualified, the person should love the country and respect the Constitution. 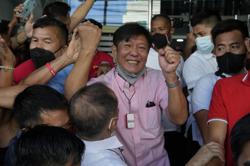