MANILA (Philippine Daily Inquirer/Asia News Network): Retail and service businesses with 10 workers or less as well as micro enterprises that have not recovered from the pandemic may apply for exemption from paying the new minimum wage rate in Metro Manila and Western Visayas.

Maria Criselda Sy, executive director of the National Wage and Productivity Commission (NWPC), said applications for exemption from the minimum wage were allowed under the Wage Rationalization Act of 1989, or Republic Act No. 6727.

The regional wage boards, however, are not allowed by law to grant blanket exemption to certain categories of employers, she explained.

“Under the omnibus rules on minimum wage determination, micro businesses in the retail and business sector that are employing not more than 10 workers can apply for exemption,” Sy said on Monday (May 16) at a news briefing by video link arranged by the Department of Labour and Employment.

“The same goes for establishments affected by natural calamities and in our case right now, affected by the pandemic. They can apply for exemption,” she added.

Other micro businesses that have been certified by the Department of Trade and Industry as barangay micro enterprise businesses (BMEBs) are automatically exempt from paying the minimum wage set by the regional wage boards, according to Sy.

There are currently 4,650 BMEBs in Metro Manila and 1,075 in Western Visayas.

Sy pointed out that regardless of applications for exemption, the new daily minimum wage rates in Metro Manila and Western Visayas will take effect 15 days after their publication.

Over the weekend, the labor department announced that the daily minimum wage in Metro Manila has been raised by P33, and by P55 to P110 in the Western Visayas region.

The National Capital Region Regional Tripartite Wages and Productivity Board (RTWPB) on Friday set the minimum daily wage at P570, up from the current P537.

The Western Visayas RTWPB raised the daily minimum wage of workers in private establishments with more than 10 employees to P450 daily from the current P395.

Labour groups described the increase as a mere pittance, but small business establishments expected the wage hike to be as devastating as a “supertyphoon.”

The two wage orders are under review by the NWPC, which has 10 days to check whether the wage boards followed the legal processes in setting the minimum wage.

Sy said the NWPC could not amend the amount set by the wage boards.

Sen. Joel Villanueva, chair of the Senate labour committee, on Sunday pressed other regional wage boards to follow their counterparts in Metro Manila and Western Visayas by implementing their own minimum pay increases to help tide workers over in the face of high prices of goods. 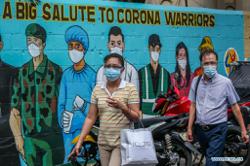 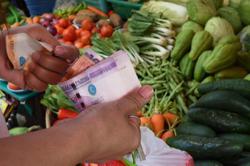