The people have spoken – time to unite behind the winners 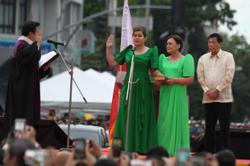 THE results of the 13-hour voting in the nation’s precincts yesterday were quicker than expected on both national and local levels.

The much-feared repeat of the seven-hour glitch in PPCRV’s vote transmissions in 2019 never happened.

Two hours after closing, unofficial local election results in Metro Manila were known while clear trending of the senatorial, vice-presidential and presidential were being transmitted and updated within minutes. And by that time, local candidates and their supporters became aware if they won or lost the elections.

This is the kind of political exercise our country wanted in a long, long time. A world-class computerised elections comparable to that in the US and Western countries.

Gone are the days of numerous sit-down protests in the local levels and “no proclamation scenarios” in national positions. Previous unofficial quick counts by broadcast media and former Comelec partners like Namfrel became unreliable and were both accused of false trending.

And then, the tortuous “battle” for the “official canvassing” in Congress begins with delayed “deliveries” of province-by-province election results, often subjected to “dagdag- bawas” by then Comelec hoodlums and “scrutinised” by grandstanding and biased legislators.

But compared to the 2019 elections and its seven-hour glitch, the results of yesterday’s polls could be assessed as truly reflective of the people’s will.

Vote buying was never prevented, especially in the local contests, but cheating and tampering of the election process have been greatly minimised if not eradicated.

Kudos to the thousands of public-school teachers who manned the poll precincts as BEIs, the PPCRV, the telcos, the sidelined Smartmatic and primarily the Commission on Elections.

But the senatorial contests became exciting for the who will get the eleventh or twelfth seat currently held by Senator Risa Hontiveros with 14,982,780 votes and Ex-senator Jinggoy Estrada or a margin of 349,350 votes.

With less than three million votes to count, hopes are fading for ex-VP Binay is at number 13 about 1,719,546 votes away, former QC mayor Herbert Bautista farther by 270,009 votes and the others. — Philippine Daily Inquirer/ANN 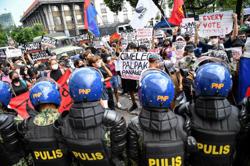