Transboundary haze may reach Singapore if there are extended drier periods between June and October, says MSS 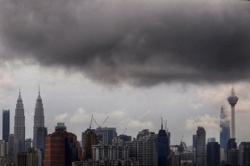 Singapore skies have been mostly haze-free over the past two years due to La Nina. - The Straits Times/ANN

SINGAPORE, May 8 (The Straits Times/ANN): Singapore could be affected by transboundary haze in the second half of this year if there is prolonged dry weather leading to a rise in hot spots and smoke haze activities in the region, said the weatherman.

This is because a natural climate phenomenon called La Nina, which has been bringing wetter weather to South-east Asia since late 2020, is expected to taper off by then, added the Meteorological Service Singapore (MSS).

The period between June and October is the traditional dry season in the southern Asean region, which would see near-normal rainfall patterns without an El Nino event. El Nino, which causes hotter and drier weather in equatorial South-east Asia, is the opposing phenomenon of La Nina.

"However, extended dry weather may still occur occasionally during this period, leading to an increase in hot spot and smoke haze activities in the fire-prone areas of the region," said MSS, which is under the National Environment Agency.

"Depending on the location of the fires and direction of the prevailing winds, Singapore may be affected by transboundary smoke haze during the drier periods."

Climate scientist Winston Chow from the Singapore Management University said it is unlikely the country will see strong transboundary haze from Sumatra or Kalimantan as the wetter-than-normal conditions in the region over the past two years would mean that soil moisture levels are relatively high in at-risk regions there.

Indonesia regularly experiences forest fires in provinces including Sumatra and Kalimantan largely because of land clearing for oil palm and pulp plantations.

Singapore skies have been mostly haze-free over the past two years due to La Nina, but efforts by Indonesian stakeholders - including government, oil palm and paper plantation corporations, and small-scale farmers - to reduce fire risks have also helped to keep the air clear, said Associate Professor Chow.

Indonesia's deforestation rate in 2020 was the lowest in 20 years, owing to policies such as a moratorium on clearing primary forests and fire-prone peat lands that was made permanent in 2019, and wetter weather.

US-headquartered environmental news site Mongabay reported last month that Indonesia's Riau province has declared a state of emergency ahead of the fire season to speed up and increase fire-fighting and prevention efforts.

The current low risk of haze may change if there is an uptick in large-scale deforestation between June and October, mainly through uncontrolled fires, added Prof Chow.

The dry season then was worsened by an ocean-atmosphere phenomenon known as the positive phase of the Indian Ocean Dipole, which causes drier-than-usual weather here, similar to El Nino.

During the positive phase of an Indian Ocean Dipole, rainfall is drawn away from countries on the Indian Ocean's eastern rim - which includes Singapore and Australia - due to cooler than normal sea surface temperatures at the region.

Singapore was enveloped by thick, choking pollution in late 2015 during the worst regional haze crisis on record.

The incident forced all primary and secondary schools to close on Sept 25 that year, and the 24-hour Pollutant Standards Index crossed into the hazardous range that day. The crisis then was fuelled by El Nino. - The Straits Times/ANN 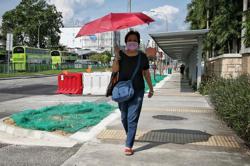