Workers processing orchids to be exported for wholesale at an orchid farm in Nakhon Pathom, Thailand, on May 7, 2022. - AFP

NAKHON PATHOM (Thailand), May 8 (AFP): Thailand's orchid growers, already weary after two years of being battered by the pandemic, are bracing for fresh blows to their livelihood as the war in Ukraine and changing weather patterns further cloud their futures.

Once considered a popular pastime among the elite in Thailand, orchid growing has developed into a multi-million dollar industry, and the kingdom is the world's biggest producer and exporter of cut orchids.

But the pandemic has seen one in five farms shut recently, according to the Thai Orchid Exporter Association.

"No one has the heart to buy flowers, and transportation is very complicated," said Somchai Lerdrungwitayachai as he stares in despair at the sea of purple at his orchid farm west of Bangkok.

He grows Dendrobium Sonia orchids -- a hybrid variety with delicate white and purple petals. Popular in Japan, China and the United States, they are used for anything from religious ceremonies to college graduations.

At his 20-hectare property, workers treat the cut flowers with a special solution before trimming the stems and fitting them with a small vial, containing vitamins and nutrients, to preserve their fresh appearance for up to two weeks. 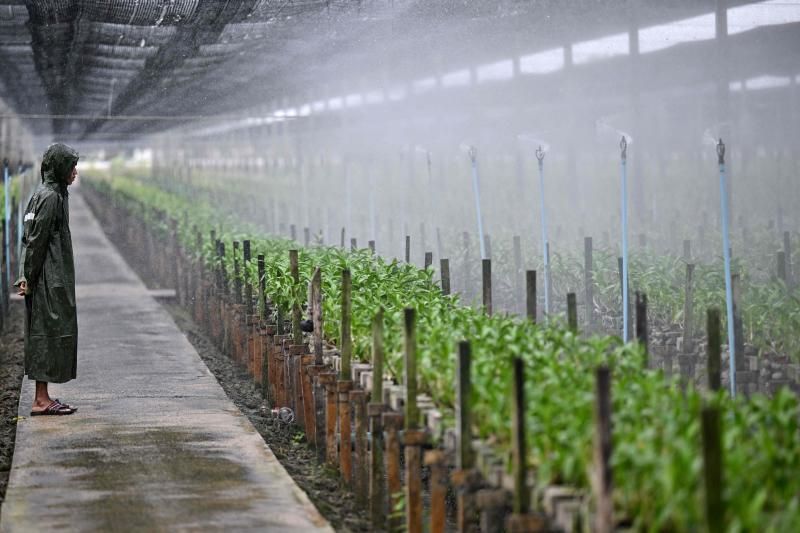 A worker watching as orchids are watered at an orchid farm in the central Thai province of Nakhon Pathom. - AFP

But times are tough: Somchai has been dipping into his savings for two years to keep paying his 50-odd employees.

Covid-19 and Russia's invasion of Ukraine have sent the price of fertilisers and pesticides up by 30 percent, he said.

Once accounting for 80 percent of Somchai's export income, China has been hit with coronavirus lockdowns in a number of cities, including its biggest: Shanghai.

Transporting orchids to the key market by road used to take up to three days, but the same journey can now take between eight and 10 days.

In the flower business, time is money, and wilted orchids are frequently discarded before they can ever reach a Shanghai customer's home to be admired.

Thailand is the world's biggest producer and exporter of cut orchids. - AFP

While Somchai delivers his produce directly overseas, the majority of orchid growers in Thailand use large exporters based in Bangkok.

Air-freight costs have tripled or quadrupled in recent months, depending on the destination, said Wuthichai Pipatmanomai, vice-president of the Thai Orchid Exporter Association and co-owner of Sun International Flower, a major exporter.

Before the pandemic, the company was delivering 3.6 million orchids a month to China, Japan, Vietnam and the United States.

Now, only 1.2 million flowers leave the warehouse, and he has had to let go of half of his staff.

"We have asked the authorities for financial support, but we have not received anything," Wuthichai said. "Time is running out."

Increasing his selling price by 20 percent has resulted in several importers -- particularly those in Europe -- dropping him to concentrate on more local flowers.

The only hope is that sales to Japan remain stable and those to the United States increase with the start of the wedding season, he said.

However, in the long term, changing weather patterns are also troubling for growers.

"We are increasingly experiencing the effects of climate change," Wutachai said, pointing to a recent surprise cold snap at the start of April in which the temperature dropped sharply from 36 Celsius (97 Fahrenheit) to 21C in just 24 hours, affecting orchid production.

"We are worried that these situations will occur more and more frequently." Blooming orchids at an orchid farm in the central Thai province of Nakhon Pathom. - AFP

And despite the kingdom's international reopening, local demand remains lukewarm.

Than Tha Win, waiting patiently at her orchid stall for customers, said her income is down 70 percent.

"Everyone is still afraid to come to the market because of Covid-19," the 21-year-old said.

Meanwhile, 45-year-old vendor Waew said she now has about 600 unsold orchids left over daily and tries to stem her losses by plucking off the petals and selling them as a separate product.

"Stop working with orchids? Impossible, I don't know how to do anything else," she said. - AFP 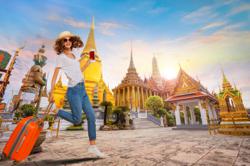