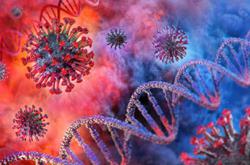 People can make their own decisions to wear a mask or not at all outdoor places, but the requirement is still in place for air-conditioned indoor places such as meeting rooms and movie theatres, Cambodian PM has announced.

"A mask mandate at all public places and open spaces across the country is lifted. However, masks in closed spaces remain mandatory," he said in a special voice message, reported Xinhua.

People can make their own decisions to wear a mask or not at all outdoor places, but the requirement is still in place for air-conditioned indoor places such as meeting rooms and movie theatres, he said.

The prime minister expressed his hope that the decision, which took effect immediately, would ease financial burden for the Cambodian people. An estimated US$3 million a month was spent buying masks.

The South-East Asian nation reported only two new COVID-19 cases on Tuesday with zero new fatalities, bringing the kingdom's confirmed total cases since the pandemic began to 136,230 including 3,056 deaths, the Ministry of Health said.

No new infections were reported in the capital Phnom Penh for the first time in more than a year.

Hun Sen credited a strong vaccination rate for fewer infections, saying that so far, over 93 per cent of the country's 16 million population have received at least one shot and 88.5 per cent have been fully vaccinated with the two required doses.

Most of the Covid-19 vaccines used in the country's vaccination programmes are China's Sinovac and Sinopharm vaccines.

Meanwhile, Hun Sen renewed his call to the public to receive their booster shots, saying that the booster jabs were essential to providing them with stronger protection against the disease.

With its high vaccination coverage, Cambodia has fully resumed its socioeconomic activities and reopened its borders to vaccinated travellers without quarantine since last November.

Hun Sen said the kingdom's economy recovered in 2021 with a positive growth rate of about three per cent after suffering severe impact from the pandemic in 2020.

"Cambodia's economy is projected to grow by more than five per cent in 2022 and will be able to return to the path of strong growth of the pre-Covid-19 crisis era," he added. 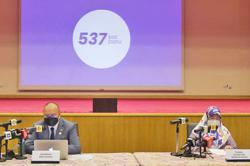