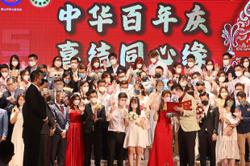 22/2/22 is a palindromic date, which means it reads the same backwards as it does forwards. - The Straits Times/ANN

SINGAPORE, Jan 29 (The Straits Times/ANN): For the many couples tying the knot on Feb 22, it is a special date that comes once in a lifetime - 22/2/22 is a palindromic date, which means it reads the same backwards as it does forwards.

Engineer Lim Guo Wei, 30, who is marrying Beatrice Wong, a 29-year-old recruiting coordinator, said: "22/2/22 is such a nice number and it is a date that is so hard to come by. It's also easy to remember."

As at Jan 24, 483 couples have filed to register their marriages on Feb 22, a Registry of Marriages (ROM) spokesman told The Straits Times.

But the actual number could be higher as couples can still file a notice to marry on that date until Jan 31.

On an average weekday, there are about 58 marriages, the spokesman noted. Feb 22 falls on a Tuesday.

Solemniser Joanna Portilla said: "Feb 22 is easy to remember and it is also an auspicious date. Brides always like such dates as it is easier for their grooms to remember their wedding anniversary."

She will marry seven couples on Feb 22, with her first solemnisation at 11am and the last at 8pm.

Wedding planner Elaine Soh, who is from The Wedding People, said Feb 22 is an auspicious date in the Chinese calendar for weddings and engagements.

"According to Chinese belief, it is customary to regard even numbers as more auspicious than odd numbers," she noted.

Other popular wedding dates in February include Feb 2 (second day of Chinese New Year) and Feb 20 (a Sunday), solemnisers and wedding planners say.

Meanwhile, 73 couples have filed to register their marriages on Feb 14, which is Valentine's Day, the ROM spokesman said.

For the Lims, they will solemnise their marriage on Feb 22 at Raffles Hotel and hold their wedding banquet on Feb 26 at Conrad Centennial Singapore.

It was a scramble to find a solemniser for Feb 22, even though they started planning their wedding in 2020. They approached six to eight solemnisers before one agreed, Wong said.

The two met as students at West Spring Secondary School when they were in the student council. They were friends for 10 years before becoming a couple in 2016.

Wong: "I'm a very family person and he is a homebody who loves his family. He complements me - he's more calm and logical as I tend to get more anxious."

For Lim, he finds her very understanding and family-oriented, attributes that are important for him.

The pair have been saving up for marriage over the past four years and thought the Covid-19 pandemic would end by late 2020 or 2021 when it first struck in 2020.

They booked a photographer to take wedding pictures in Paris, a "romantic" city that they were looking forward to visit for the first time in 2021.

The ongoing pandemic put paid to that plan. They took their wedding pictures in places here, like Jurong Lake Gardens and Raffles Hotel.

The Feb 22 date is one that is close to their hearts.

Wong said: "Good things always come in twos and two is my favourite number. When people ask us about our wedding date (in the future), we will have a story to tell as the date is so memorable." - The Straits Times/ANN 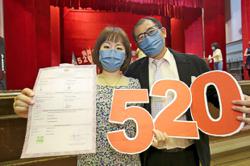 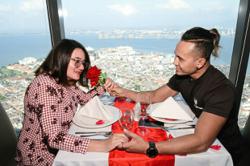