BANGKOK (The Nation/Asia News Network): Thailand’s first legal casino should be located in a remote area, to help boost the local economy while reducing the income gap with more developed parts of the country, an MP sitting on the newly formed House panel dealing with the matter suggested on Friday (Jan 28).

Panich Vikitsreth (pic), a member of the House of Representatives’ ad-hoc committee studying the feasibility of opening a casino, said that it would be “more suitable” for the complex to be built in a remote and less developed province than a large city.

Panich, an MP from the coalition Democrat Party, said a good example was Las Vegas in the US state of Nevada, once a remote desert town that became a major tourist destination due to casinos and entertainment complexes.

“This [Thai] entertainment complex and casino must help reduce inequality and no location should be favoured over another [in advance],” he said.

“We have to closely follow this matter and help people understand how they and the country stand to benefit.”

The committee on Thursday resolved to set up four subcommittees to study different aspects of the casino entertainment complex, said Panich.

They will study legislation, revenue and tax collection, prevention of possible adverse impacts, investment, business models, and the gaming business, he added.

The MP commented that legalising casinos would create new jobs for locals while boosting the local and national economy.

“The government will also receive considerably more revenue from tax,” he added. 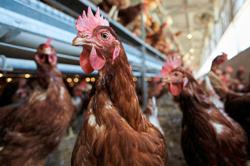