Hearses carrying the bodies of the twins arriving at Mandai Crematorium on Jan 24, 2022. - ST

SINGAPORE (The Straits Times/Asia News Network): The family of the 11-year-old twins who were found dead in a canal in Upper Bukit Timah bade them an emotional farewell as they were cremated on Monday evening (Jan 24).

“The family was emotional as they said goodbye to the boys,” added Fong, who previously said he is a family friend.

One of the photos showed the back view of a boy. The other was a side view of a boy with a sunset in the background.

Earlier, at around 7.15pm, a white Nissan car, believed to be ferrying the older sister of the twins, was seen entering the crematorium.

They were cremated at the same time at about 9pm following a Buddhist prayer service at 8.15pm, said Fong.

“I hope the public can share their prayers for the boys. The family also hopes the public will not speculate so they can be given some peace and space during this time,” he added.

Ethan and Aston were said to have special needs and were believed to be students of a school in the Eng Kong estate area.

Their bodies were released to the family on Monday afternoon.

At about 2pm, their sister was seen arriving at the mortuary at Singapore General Hospital.

Dressed in a black top and pants and carrying two black bags, the woman, who is believed to be in her 20s, stared blankly ahead as she entered the premises.

Almost an hour later, another woman who ST understands is a relative got out of a white Nissan car and entered the mortuary.

Shielded by auxiliary police officers, the women got into the Nissan at about 3.15pm and left.

Fong told ST in Mandarin: “The family is still in shock and unable to accept this reality.”

He added that their parents are “good and well respected people”.

Fong said he had advised the family to cremate the bodies as he could not be sure of their condition.

This was because no embalming had been done on the bodies over the past four days, said Fong.

“Under Chinese customs, we wouldn’t want those who are older to send off their children. So normally, if a child passes away, there will not be a wake or the wake will be held for three days,” he added.

But these are special circumstances, he noted.

Last Saturday, the police said they had received a call for help on Friday at 6.25pm from the boys' father who was at a playground in Greenridge Crescent.

His sons were later found lying motionless in a nearby canal. They were pronounced dead at the scene by a paramedic.

On Monday morning, Xavier Yap Jung Houn, 48, was charged with the murder of Ethan Yap.

The police prosecutor asked for Yap to be remanded for one week with permission to be taken out for investigations, including scene visits.

Yap's lawyer, Anil Singh Sandhu, told the court the family was grieving the loss of the two young children.

Only one charge was tendered in court on Monday.

The offence of murder carries the death penalty. 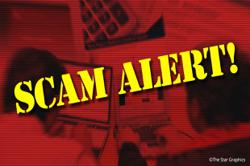 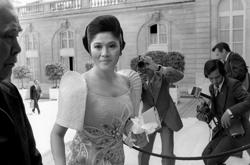