Visitors walk through a flower nursery in Sadec in Vietnam.The country's economic growth accelerated in the fourth quarter as manufacturing revived and exports extended their recovery from the pandemic slump last year. - Bloomberg

More than 10.9 million adult population in Malaysia given booster dose as of Monday (Jan 24)

PM: 'Balik kampung' will be allowed, no more travel restrictions At least 18 dead after clash, fire at club in Indonesia's West Papua: police In this photo released by the Saudi Royal Palace, Saudi Crown Prince Mohammed bin Salman (right), meets with Thai Prime Minister Prayut Chan-O-Cha, at the Royal Palace in Riyadh, Saudi Arabia, Tuesday, Jan. 25, 2022. Thailand's prime minister arrived in Saudi Arabia on Tuesday for the first high-level meeting since relations between the nations soured three decades ago over a sensational jewelry heist that led to a diplomatic row and string of mysterious killings. - AP

Thailand's auto exports to reach one million units in 2022

Thailand to regulate use of digital assets as payments

Duterte to name ‘most corrupt’ presidential bet before May 9 polls Pots of plants on display at a flower nursery in Sadec, Vietnam. - Bloomberg

Rising star in the start-up scene 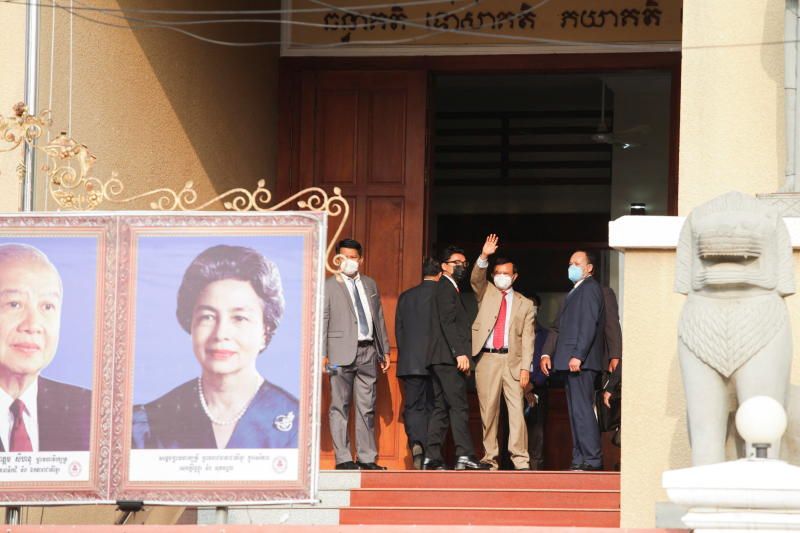 Cambodian opposition leader Kem Sokha waves from inside the court building as he attends a hearing on his treason trial in Phnom Penn, Cambodia, January 25, 2022. - Reuters

US donates more Covid-19 vaccine to Laos; new supply to benefits teenagers and those above the age of 60

Inflation in Laos jumps to highest point in 15 months

Brunei: Even the very young ones are getting used to the new norm due to Covid-19 A waitress serves a Beijing duck meal at the media main dining hall at the Main Press Centre ahead of the Beijing 2022 Winter Olympics in Beijing. - Reuters