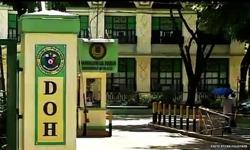 The DOH said the number of active cases dropped to 262,997, as the country's positivity rate also dipped to 40.6 percent.

The DOH added that 47 more people died from Covid-19 complications, pushing the country's death toll to 53,519.

"We see that cases in Metro Manila have been decreasing for the past few days, accounting for a smaller percentage of the total cases," Duque told a virtual press conference.

Health Undersecretary Maria Rosario Vergeire echoed Duque's statement. "It looks like we have reached the highest number of cases in Metro Manila, and slowly cases are going down," she said, adding that infections in regions outside the national capital region continue to rise.

Many Filipinos who contracted the virus have opted to get the less expensive rapid antigen tests, indicating that the actual number is likely to be higher than the reported as antigen tests are not included in the reported cases.

The Philippines is grappling with an Omicron-driven Covid-19 surge, the fourth wave the country has seen since the outbreak in 2020.

The country reported the highest single-day tally on January 15, with 39,004 new cases. - Xinhua 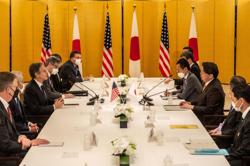