European lawmakers urged the European Commission and EU member states on Wednesday to act over the “deterioration” in media freedoms in Hong Kong, reiterating calls for sanctions on the city’s top officials and proposing a review of Hong Kong’s status at the World Trade Organization (WTO).

During a debate in the European Parliament, MEPs “deplored” the impact of Beijing’s sweeping national security law on Hong Kong, citing the closure of the independent media outlets Stand News, DB Channel and Citizen News as evidence of a shrinking space for the free press.

Noting the shutdown of civil groups including trade unions and legal societies and the departure of Amnesty International from Hong Kong, the resolution said that the law had made it “impossible for human rights organisations to work freely and without fear of serious reprisals”.

“Let’s be clear, we are witnessing a deterioration of the situation in Hong Kong,” said Stella Kyriakides, the EU’s health commissioner, who addressed the parliament on behalf of the EU’s top diplomat Josep Borrell. Still, Kyriakides did not propose any new course of action. 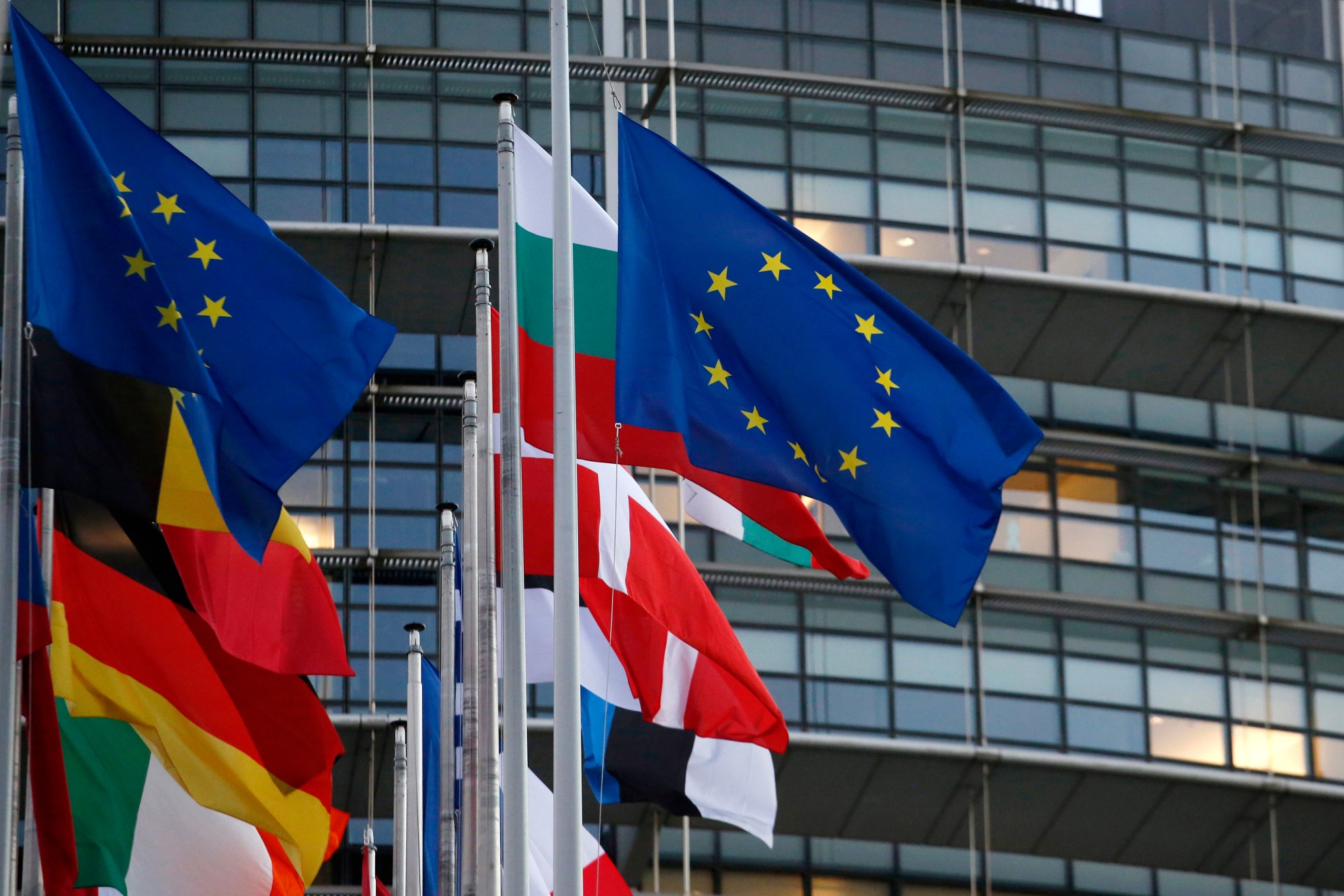 The parliament was debating a new “urgency resolution” – a late addition to the agenda under an umbrella group of issues considered “breaches of human rights, democracy and the rule of law”.

The parliament is one of three institutions that makes up the European Union, along with the European Council, made up of member state officials, and the European Commission, which acts as a secretariat and which conducts much of the technical and administrative work.

Hong Kong was included alongside the crises in Kazakhstan and Sudan, with a vote on the resolution scheduled for Thursday.

The city’s recent “patriots only” Legislative Council elections, combined with the mass arrests of candidates from rival camps, has “effectively obliterated” political opposition in Hong Kong, the resolution read.

It reiterated calls for sanctions on top officials in the city – including Chief Executive Carrie Lam Cheng Yuet-ngor and Xia Baolong, the top mainland Chinese official in the territory – saying that the national security law “prevents a relationship of trust between China and the EU”.

MEPs also called, for the first time, for a review of “the EU’s support for Hong Kong’s seat at the WTO in light of the destruction of the territory’s autonomy” under the “one country two systems” model.

Hong Kong retains independent membership of the WTO, and is suing the United States in Geneva over a 2019 decision by Washington not to allow goods marked “made in Hong Kong” to enter its ports.

The EU resolution is non-binding, meaning no direct action will result from it. Instead, it is seen as a series of recommendations for the European Commission and EU member states.

Kyriakides described the December LegCo elections as “draconian” and said that the EU’s annual report on Hong Kong would reflect the worsening situation.

“China claims that what is happening in Hong Kong is an internal matter. We reject this. The EU has strong stakes and interest in Hong Kong,” Kyriakides said.

“These actions contradict China’s international commitments. The EU will continue to stand by the people of Hong Kong,” she added, without mentioning any action the EU may take.

The resolution called for “the Hong Kong government to release all political prisoners in Hong Kong”, and for “the immediate unconditional release and dropping of all charges against all peaceful Hong Kong protesters arrested in the last years”.

It criticised the banning of annual Tiananmen Square vigils in Hong Kong and Macau, and described the removal of the “Pillar of Shame” – a statue commemorating the bloody crackdown in 1989 – as “a continuous attack on academic freedom in Hong Kong and effort to erase history and collective memory”.

Lawmakers called on Lam to withdraw plans to introduce additional national security legislation, Article 23, which would give authorities broad powers to clamp down on perceived offences of treason, theft of state secrets and foreign political bodies engaging in political activities in Hong Kong. 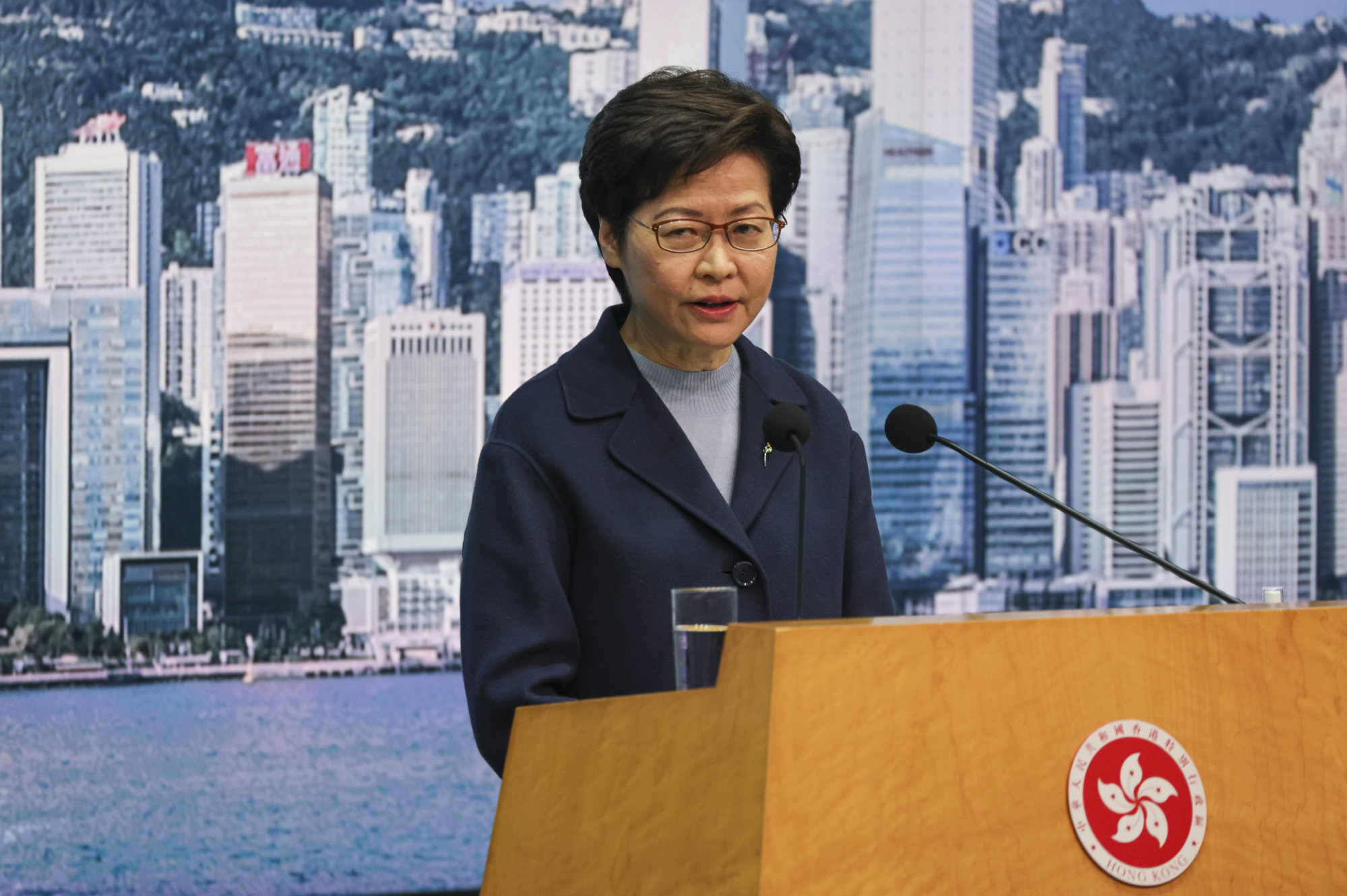 The resolution “expresses concern” over the appointment of Peng Jingtiang, formerly a senior figure in the armed police force in Xinjiang, as a People’s Liberation Army garrison commander in Hong Kong, and “about comments that he will focus on alleged terrorist activities in Hong Kong”.

Numerous MEPs urged the EU to join a diplomatic boycott of the Beijing Winter Olympics, which begins on February 4.

“None of us should participate in a political show, where the Olympic flame is misused to cover up grave human rights abuses,” said Green Party MEP Hannah Neumann. “We have two more weeks to work on that one.”

MEPs also linked the deteriorating situation in Hong Kong with the economic coercion campaign China is accused of launching against Lithuania, an EU member state, due to its support for Taiwan.

“We must use trade relations as a means to gain leverage and to move things in the right direction,” said Marie-Pierre Vedrenne of the Renew Europe group.

“But of course, [Hongkongers] are not the only ones: Taiwan and even Lithuania, a member of the EU, are also victims of Chinese policies. The anti-coercion instrument is key in actually upholding our interests and values,” she added, referring to a proposed EU tool intended to tackle economic bullying.