The construction of the Jakarta-Bandung HSR started in June 2018, and 91.2 per cent of the civil works have been completed. - The Jakarta Post/ANN

Widodo said the construction of the Jakarta-Bandung HSR is generally progressing smoothly regardless of difficulties such as the complex geological conditions and the pandemic, and it is hoped that the whole project will be put into operation in June 2023.

He hopes that all construction parties would jointly promote the construction with high quality, and show the achievements and cooperation between Indonesia and China to the world during the G20 summit later this year.

This is the second time that President Widodo has inspected the Jakarta-Bandung HSR. The inspected No. 2 Tunnel is a single-hole and double-track tunnel with a total length of 1,052 meters, of which about 70 percent have been excavated.

The construction of the Jakarta-Bandung HSR started in June 2018, and 91.2 per cent of the civil works have been completed. The station building and track laying are progressing steadily, with 30 of the 38 continuous beams in the whole alignment having been closed and 10 of the 13 tunnels completed.

The Jakarta-Bandung railway is the link between China's Belt and Road Initiative and Indonesia's Global Maritime Fulcrum strategy.

With a design speed of 350 kph, the railway built with Chinese technology will cut the journey between Jakarta and Bandung, capital of West Java province, from more than three hours to around 40 minutes. 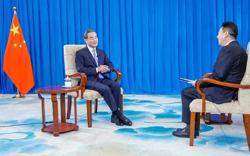 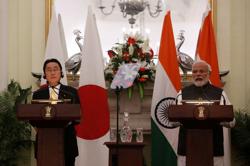