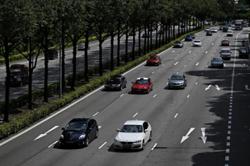 Victims received unsolicited SMSes purporting to be from the bank, claiming that there were issues with their banking accounts. - ST

Most of the amount was lost over the past two weeks, said the police in a media release on Thursday evening (Dec 30).

Victims received unsolicited SMSes purporting to be from the bank, claiming there were issues with their banking accounts and they had to click on a link given in the message to resolve the issue.

The link led to fake bank websites and victims were asked to key in their iBanking account login details.

They discovered that they had been scammed when they received notifications that there were unauthorised transactions in their bank accounts.

"Once the funds have been fraudulently transferred out of the victim's bank account, it would be challenging and difficult to recover the stolen monies," said the police.

They added that OCBC Bank has warned its customers about the phishing SMSes via several channels, including its online banking platforms, social media page and media advisories.

Having seen an increase in such phishing scams, the police are urging the public to follow crime prevention measures.

Second, always verify the authenticity of the information with the official website or sources.

Third, never disclose your personal or Internet banking details and one-time password to anyone.

Lastly, fraudulent transactions should be reported to your bank immediately.

The police urge anyone with information relating to such crimes to call their hotline at 1800-255-0000, or submit it online. Those who require urgent police assistance should dial 999.

- The bank will never send an SMS to inform customers about account closures or being locked out of their account.

- It will not send an SMS with a link to reactivate accounts.

- Do not divulge banking login credentials or one-time passwords to anyone, or key such confidential information into unverified Webpages.

- Customers who are in doubt about the authenticity of any SMSes received are advised to contact OCBC at 6363-3333. 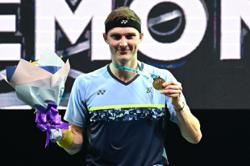 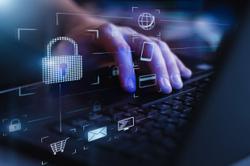