Washington sanctioned two Cambodian officials in November 2021 over a US-funded naval base that is increasingly being renovated for use by China. - Reuters

WASHINGTON Dec 9, 2021 (AFP): The US government on Wednesday night (Dec 8) imposed an arms embargo on Cambodia, citing concerns about human rights and corruption in the South-East Asian nation as well as China's activities there.

The actions taken by the State and Commerce departments will "restrict" access to "less-sensitive military items" and "defense articles and defense services" by Cambodia's military and intelligence agencies, according to a statement.

"The United States remains fully committed to Cambodia's independence and the sovereignty of its people," Commerce Secretary Gina Raimondo said.

"We urge the Cambodian government to make meaningful progress in addressing corruption and human rights abuses, and to work to reduce the influence of the (People's Republic of China) military in Cambodia, which threatens regional and global security."

In November, Washington sanctioned two Cambodian officials over a US-funded naval base that is increasingly being renovated for use by China, alleging corruption in the project.

Cambodia's longtime leader Hun Sen is one of China's closest partners in Asia, and his government has been dismantling facilities at the Ream base that were built partly with US money and played host to US exercises.

Beijing has been increasingly exerting territorial claims in the South China Sea and East China Sea, raising tensions with numerous Asian nations, but Cambodia has increasingly appeared to be an ally. - AFP 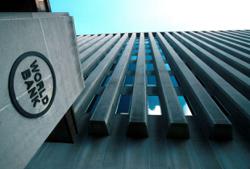