Trading in shares of embattled Chinese developer Kaisa Group Holdings was suspended on Wednesday amid concerns over whether the home builder will default again.

The suspension was “pending the release by the company of an announcement containing inside information”, according to the Hong Kong stock exchange.

The company is facing repayment on a US$400 million bond that was due Tuesday, after it failed last week to win approval for a bond swap that would have extended the repayment deadline by 18 months.

On Monday, a group of Kaisa noteholders sent the company a forbearance proposal with more detailed terms for negotiation, people familiar with the matter said, but the outcome of the talks is uncertain.

New Money Consortium, a group of bondholders which says it owns more than 50 per cent of the US$400 million bond, had earlier offered about US$2 billion in new funds to finance Kaisa through seven options, according to a presentation seen by the Post.

It includes selling convertible bonds that can be exchanged for equity shares in some of the developer’s listed units.

Alternatively, the bondholders could finance third-party buyers with loans of up to US$1.6 billion for 18 of Kaisa’s property projects currently on sale in China’s southern city of Shenzhen, where home prices are the highest in the country.

Other options for Kaisa include an injection of up to US$2 billion directly into its urban renewal projects, or up to US$1 billion in project loans with a coupon rate of 12.5 per cent.

Kaisa, which in 2015 became the first Chinese developer to default on dollar debt, is now teetering with some US$11.6 billion of notes outstanding and is offloading assets to stave off the same fate that has met rival developer China Evergrande.

Kaisa sold the entire 38th floor of The Centre, an office tower in Hong Kong’s Central district, for HK$186.4 million (US$23.9 million), according to a statement issued by creditor Shandong High Speed Finance to the Hong Kong stock exchange on Monday.

On November 25, Kaisa also sold a site at Kai Tak, Hong Kong’s former airport, to a venture backed by New World Development and Far East Consortium International, for the sum of HK$1.9 billion. The buyers also agreed to take on a loan of about HK$6 billion.

The Chinese developer has also put 18 Shenzhen property projects, totalling 15.6 million sq ft and with a combined value estimated at 81.82 billion yuan (US$12.8 billion), up for auction.

Shares of related companies fell in Hong Kong trading on Wednesday, with Kaisa Capital Investment Holdings plunging as much as 17 per cent. Kaisa Health Group Holdings dipped by 5.2 per cent while Kaisa Prosperity Holdings was down as much as 2.8 per cent. 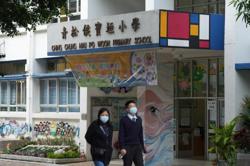 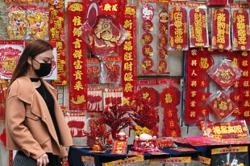