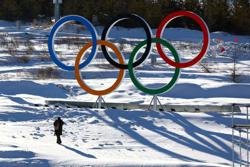 American athletes will not be affected and can still compete in the Games, which start on Feb 4. - Reuters

WASHINGTON (The Straits Times/Asia News Network): The US will not send officials to the Winter Olympic Games in Beijing next year in the light of China's human rights abuses in Xinjiang and elsewhere, the White House said on Monday (Dec 6).

"The Biden administration will not send any diplomatic or official representation to the Beijing 2022 Winter Olympics and Paralympics Games, given the PRC's ongoing genocide and crimes against humanity in Xinjiang and other human rights abuses," said White House press secretary Jen Psaki, using the People's Republic of China's formal name.

American athletes will not be affected and can still compete in the Games, which start on Feb 4.

"The athletes on Team USA have our full support. We will be behind them 100 per cent as we cheer them on from home. We will not be contributing to the fanfare of the Games," said Psaki.

She said that sending US diplomatic or official representation "would treat these Games as business as usual, in the face of the PRC's egregious human rights abuses and atrocities in Xinjiang, and we simply cannot do that".

The US position is that Beijing's policies regarding Uighur Muslims in Xinjiang, which it says include restrictions on their freedoms, surveillance and forced sterilisations, amount to genocide.

China had previously vowed to retaliate if the diplomatic snub went ahead. Responding to earlier reports of an imminent announcement of the boycott, Chinese Foreign Ministry spokesman Zhao Lijian on Monday labelled it "pure grandstanding" and said the US should avoid politicising sports.

The United States will host the 2028 Winter Games in Los Angeles, raising questions about whether China might give that the cold shoulder in response.

Similar tit-for-tat boycotts occurred in 1980, when the US barred its athletes from competing in Moscow and led a 65-nation boycott to protest the then Soviet Union's invasion of Afghanistan. Four years later, the USSR and its allies shunned the 1984 Games in Los Angeles in retaliation.

But the boycott was deeply unpopular among athletes, who lost their chance at glory. Nearly half of the 466 members of Team USA that year never had another shot at the Olympics, according to a Washington Post tally in July.

Sporting organisations, including the United States Olympic and Paralympic Committee (USOPC), had campaigned against an athlete boycott, protesting that it harms only athletes and has little effect on a country's policies.

"We greatly appreciate the unwavering support of the President and his administration and we know they will be cheering us on from home this winter," said USOPC chief executive Sarah Hirshland in a statement on Monday.

"Competing on behalf of the United States is an honour and a privilege, and Team USA is excited and ready to make the nation proud," she added.

Political pressure for a diplomatic boycott had been building for months, with several US lawmakers vocal in their calls for one.

Democrat Gregory Meeks of New York, who chairs the House Foreign Affairs Committee, said: "The international community should not be helping the PRC whitewash its atrocities against Uighurs and other minorities."

In a statement, he called on more countries to join with diplomatic boycotts of their own. 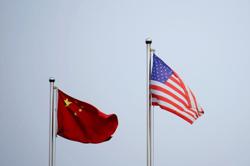