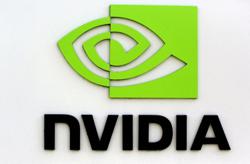 HANOI, Dec 4 (Bloomberg): Vietnamese conglomerate Vingroup JSC is restructuring its automobile unit VinFast ahead of a planned US initial public offering in the second half of 2022.

Vingroup’s 51.52% stake in VinFast will be transferred to a Singapore subsidiary, the company said in an emailed statement on Saturday.

The EV maker, which aims to roll out electric SUVs in the US, Canada and Europe late next year, is working with investment banks to prepare for an IPO that would make VinFast one of the first Vietnamese companies to be traded in the US.

VinFast could raise as much as US$3 billion from an IPO, people familiar with the matter have said.

The company expects to have a post-IPO value of US$25 billion to US$60 billion, Vice Chairwoman Le Thi Thu Thuy told Bloomberg News in November. The company is also in talks with potential investors to raise billions of dollars in both debt and equity to finance its electric vehicle expansion in the U.S., Thuy said in a separate interview.

VinFast has yet to decide if it will pursue a US listing via a merger with a blank-check company or through a traditional IPO, Thuy said then.

Investors are pouring funds into US-listed electric vehicle stocks beyond market leader Tesla Inc., with truck-maker Rivian Automotive Inc. attracting US$13.7 billion in November in the year’s biggest IPO. Bank of America Corp. has predicted a three-year wave of EV-related IPOs that could raise about US$100 billion by the end of 2023.

VinFast, which is planning a U.S. factory by the end of 2024, unveiled its two electric SUVs -- VF e35 and VF e36 -- at the Los Angeles Auto Show in November. It expects to take global preorders for the EVs in the first half of 2022.

VinFast sold more than 25,500 gasoline automobiles in Vietnam during the first nine months of the year, according to the company. It sold about 30,000 vehicles last year. - Bloomberg