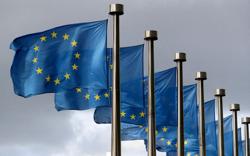 Ambassador-Designate of France to Brunei Bernard Regnauld-Fabre with Director for Asia and Oceania from France’s Ministry of Foreign Affairs Bertrand Lortholary. - Borneo Bulletin/ANN

BANDAR SERI BEGAWAN, Aug 4 (Borneo Bulletin/ANN): France will continue to engage with Brunei and Asean to further boost cooperation and its presence in the region through active diplomacy approach, said Director for Asia and Oceania from France’s Ministry of Foreign Affairs Bertrand Lortholary.

He announced it during an interview at the French Ambassador’s residence. Director Lortholary was in Brunei for a three-day visit to meet with government officials.

On the bilateral dimension between Brunei and France, he said, “We see Brunei as a partner for decades in many aspects when it comes to cooperation including energy, defence and culture.

“We also feel Brunei, Chair of Asean this year, is a key member of Asea. We were quite impressed with the leadership Brunei had displayed during its course of Assean presidency, specifically on the issue with Myanmar. We will continue to follow and support ASEAN role as a whole, more specifically Brunei Chairmanship of Asean.”

Lortholary added, “We do believe we need to make our partnership with Brunei even closer, hence my visit to Brunei to meet officials.”

“We have a strong basis on defence cooperation in terms of cooperation and defence equipment, which we wish to continue building. There is also a relation based on trust, long-standing relation that we wish to nurture and foster.

“We wish to continue to have contact with the younger generation in Brunei and ensure the French language is better known. We encourage the youth to learn French, which can help build career opportunities in the future in the region.

He continued, “We have the strong advantage of having quality training programmes that come with cheaper price tags. This is because the state finances studies for higher education for France and foreign citizens, with close to 75 per cent of the cost of training financed by France.”

Ambassador-Designate of France to Brunei Bernard Regnauld-Fabre added, “France is committed to being part of Brunei’s diversification drive to achieve the Brunei Vision 2035 objectives, especially in the many new potential sectors.”

France will become Chair of European Union (EU) in January next year, and decided that when it comes to foreign policy, there are two key priorities and Indo-Pacific is one of them.”

Due to Covid-19, a face-to-face meeting is halted temporarily, said Lortholary, and this has posed challenges.

“It is fair to say that it’s more challenging as we have less opportunity to meet face-to-face to discuss issues, especially on defence or security issues. Diplomacy, in a broader sense, is about dialogue and listening to each other’s views. Therefore, we need to maintain a channel that is as open as possible,” he said.

He also hoped that Brunei will attend the important meeting on Indo-Pacific in Paris next year when France assumes the EU presidency. - Brunei Bulletin/ANN
Article type: free
User access status:
Join our Telegram channel to get our Evening Alerts and breaking news highlights 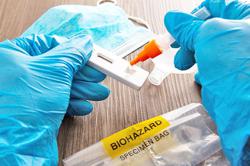