MANILA, Dec 4 (AFP): A lawyer for the families of victims of a 2008 Philippines ferry disaster vowed Saturday to challenge the dismissal of a criminal case against a shipping company executive.

The Princess of the Stars capsized after hitting a reef in the central Philippines during a typhoon in June 2008 -- only about 50 of the 850 passengers and crew survived.

State prosecutors had charged Edgar Go, an executive at the ill-fated vessel's owner Sulpicio Lines Inc, with "reckless imprudence resulting in multiple homicide" for allowing it to sail despite storm warnings.

But a Manila regional trial court dismissed the case for lack of evidence, according to a copy of the ruling dated November 18 seen by AFP.

State prosecutors have appealed the decision, according to a court filing.

Persida Acosta, the country's chief public attorney who represents families of the victims, said Saturday she will file a similar appeal on Monday.

"It appears there is no one liable anymore," Acosta told AFP. "It's painful to us."

The ship's captain was also charged over the tragedy, but he is missing and presumed dead.

The company's vessels have been involved in several maritime disasters in the last three decades.

In 1987, its Dona Paz ferry collided with an oil tanker, leaving more than 4,300 dead in the world's worst peacetime maritime disaster.

Acosta said the families of those killed in the Princess of the Stars accident were still waiting for compensation after the firm appealed the award of 440 million pesos ($8.7 million).

An employee in the company's human resources department told AFP on Saturday that no one was immediately available to comment.

The Philippines, an archipelago of more than 7,000 islands, is plagued by poor sea transport, with poorly regulated boats and ships prone to overcrowding and accidents. - AFP 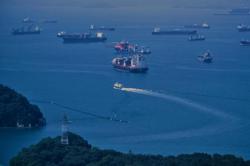 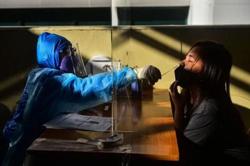