Number of people in need of aid, protection jumped to nearly 275 million, Myanmar among the worst, says UN 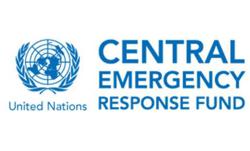 GENEVA, Dec 4 (Bernama): Some 274 million people worldwide will need emergency aid and protection in 2022, a 17 per cent increase from last year, the UN humanitarian affairs chief said has announced.

"This is equivalent to the world’s fourth most populous country,” Anadolu Agency reported Martin Griffiths said at a press conference for the launch of the 2022 Global Humanitarian Overview.

"We aim to help 183 million of the most vulnerable people - again an increase from last year. For this, we’re looking for a record US$41 billion to meet the world’s humanitarian needs in 2022.”

Griffiths said the needs of humanitarian agencies are familiar and include protracted conflicts, political instability, failing economies, and the climate crisis.

He said 45 million people living in 43 countries are "at risk of famine.”

To elucidate the importance of humanitarian efforts, Griffiths narrated an encounter with a young Turkish girl in Turkey’s southeastern Gaziantep province, a hub of Syrian refugees over the years.

When asked how the people of Gaziantep managed the inflow of people taking up their services, she told the UN official: "It’s our obligation.”

"Humanitarian aid matters, and it can make a difference,” said Griffiths.

To a question about Turkey hosting the largest number of refugees in the world, the UN official said it was an "intolerable burden” for one country.

"Turkey is associated with over nine million Syrian refugees in different places. It’s a burden that is intolerable. It’s a burden, which is also deeply felt in Lebanon and Jordan,” he said.

In 2021, with the help of many governments and the hard work of many national and international agencies, food, medicines, healthcare services and other assistance was given to 107 million people - 70 per cent of the target, according to the UN Office for the Coordination of Humanitarian Affairs (OCHA).

"We were able to stop famine, affecting half a million people in southern Sudan. We delivered health care for 10 million people in Yemen, and there, also kept the threat of famine at bay,” said Griffiths, adding that some 400,000 people are still at risk of famine in northern Ethiopia.