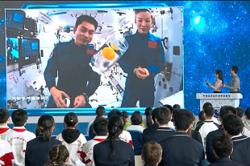 LOW-EARTH ORBIT: Crew members of China’s Shenzhou XIII mission will soon give a space-based lecture from the orbiting Tiangong space station to students around the world, the China Manned Space Agency said.

It said the lecture will take place in the coming days and will be broadcast live to audiences around the globe. It will mark the launch of the Heavenly Palace Class, China’s first extraterrestrial lecture series to popularise space science, it added.

Heavenly Palace is the English translation of Tiangong, the most sophisticated endeavour in China’s manned space programme, which aims to build a massive space station about 400km above Earth.

The Heavenly Palace Class lectures will be based on the country’s manned spaceflights and will be presented by Chinese astronauts. Featuring interactive teaching, the activities will be mainly targeted at youngsters.

The statement issued by the agency on Thursday did not mention which member of the crew – Major General Zhai Zhigang, Senior Colonel Wang Yaping and Senior Colonel Ye Guangfu – will host the lecture, but Lin Xiqiang, the agency’s deputy director, told a news conference in mid-October, right before Shenzhou XIII’s launch, that “Teacher Wang will soon bring her second space lecture to you.”

During that mission, she carried out the nation’s first space-based lecture inside an experimental space station module to more than 60 million Chinese students. The activity made China the second country, following the United States, to have held a space-based class for students.

The agency said that as a national space-based laboratory, the Tiangong station is also tasked with promoting and propagating science and technology knowledge.

The orbiting outpost has abundant, unique educational resources and boasts special advantages when it comes to encouraging the public, especially young people, to embrace science and space exploration, it said.

Members of the public are welcome to submit questions, suggestions or requests for the kind of content they would like to see shared through the lectures, the agency said, adding that they can contact it via its media partners or its own website.

Wang Yanan, editor-in-chief of Aerospace Knowledge magazine, said the Heavenly Palace Class will inspire more young people to study science and technology and explore the universe and will arouse a sense of patriotism among them.

“I think the astronauts will display the space station and their scientific experiments to the students, and will show some interesting physical phenomena to them,” he said. — China Daily/ANN 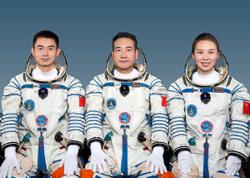