Bia Saigon, the leading brand of Sabeco, signed agreements to become the diamond sponsor of the 31st SEA Games to be held in Vietnam. — Courtesy of Sabeco

HANOI (Vietnam News/Asia News Network): Bia Saigon, the leading brand of Sabeco, has officially become the diamond sponsor of the 31st SEA Games, to be held in Vietnam, after signing a sponsorship agreement on Friday (Dec 3).

“As the leading homegrown brands for many decades, Bia Saigon always takes pride in supporting and promoting the spirit of the country’s sports both at national and international levels," said Bennett Neo, general director of Sabeco.

"We are proud to continue our commitment to be the loyal companion and supporter of the Vietnam participation in SEA Games, and with SEA Games 31 being held in Vietnam, we want to cheer our fellow athletes to achieve greater successes, sharing the same objective of bringing glory and recognition to the country.

“We take pride in being able to join forces with the Department of Physical Training and Sports and the SEA Games Organising Committee in supporting activities for the 31st SEA Games in Vietnam.”

As diamond sponsor, Bia Saigon will accompany and support national sporting teams of Vietnam at the event, in addition to a series of activities within the event’s framework.

This marks Bia Saigon’s commitment to the SEA Games. Bia Saigon was also the official sponsor for the national athletes at SEA Games 30, which was held in the Philippines.

In addition to being the sponsor, Bia Saigon has also offered cash rewards to Gold medal winners in both individual and teams as appreciation for athletes who have made the country proud.

Bia Saigon is no stranger in the country’s sport and culture where it has also sponsored the Tiền Phong National Marathon in 2020, and other international sporting activities, including the AFF Suzuki Cup 2018.

The relentless support from Sabeco for sporting activities demonstrates the company’s 4Cs commitment to sustainable development and its corporate value that always values the spirit of solidarity, determination, and unrelenting efforts to achieve success and bring pride to Vietnam.

The 31st SEA Games, featuring 40 sports, will be held from May 12-23 in Hanoi and surrounding cities and provinces. 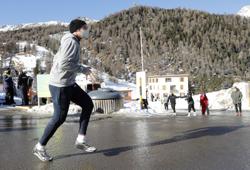