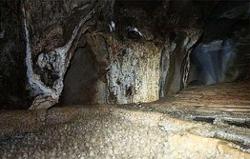 The governments of Laos and China signed a treaty on cross-border rail transport on Nov 30 when the Convention on Transboundary Rail Transport between China and Laos was signed. - Xinhua

VIENTIANE (Vientiane Times/Asia News Network): Passengers will be able to buy tickets for travel on the Laos-China Railway starting on Dec 4 following the inauguration of the railway on Dec 3.

To begin with, tickets will be on sale at railway stations but will not be available online, and travel will be limited to destinations within Laos because of the ongoing Covid-19 outbreak, according to the Laos-China Railway Company Limited.

Tickets can be purchased three days before the departure date and passengers must show an ID card and proof of two Covid vaccinations.

Temperature checks will be carried out on entry to stations and anyone with a temperature higher than 37.3 degrees Celcius will not be allowed to enter the station.

All passengers must comply with the standard Covid prevention measures by wearing a face mask and following the rules on social distancing during the journey.

The train to Boten will leave Vientiane at 8am and return from Boten at noon.

There are 10 passenger stations in total, of which six will be open initially in Vientiane, Phonhong, Vangvieng, Luang Prabang, Xay and Boten.

The cost of freight is set at 0.6 yuan/tonne/kilometre.

The governments of Laos and China signed a treaty on cross-border rail transport on Nov 30 when the Convention on Transboundary Rail Transport between China and Laos was signed. The ceremony took place via video link.

Minister of Public Works and Transport Viengsavath Siphandone signed the treaty on behalf of Laos.

The Convention spells out the main operations of the two countries’ border railway stations and includes the rules on cross-border rail transport, with designated transit points for cross-border transport between Laos and China. 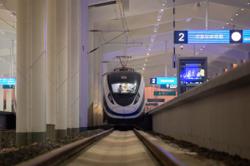