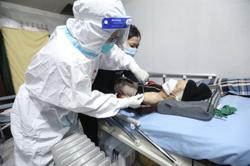 A student at Cam Xuyen High School in Ha Tinh Province gets vaccinated against the Covid-19 on Monday. - Vietnam News/ANN

HANOI, Nov. 29 (Vietnam News/ANN): Vietnam reported 13,770 new Covid-19 cases on Monday, including 13,758 locally transmitted and 12 imported, according to its Ministry of Health.

Most of the community cases were detected in southern localities, including 1,554 in Ho Chi Minh City, 913 in Can Tho province, and 719 in Tay Ninh province.

Meanwhile, Covid-19 infections in Vietnamese capital Hanoi reached a record daily high of 429 new cases on Monday, as part of 13,770 new cases across the country.

This is the highest number of cases since the capital city recorded its first Covid-19 case in early last March 2020.

The Ministry of Health also announced on Monday that a further 16,088 patients have now recovered from the virus, taking total national recoveries to 974,724.

Nearly 121 million doses of Covid-19 vaccines, including around 50 million second shots, have been administered, according to the ministry.

As of Monday, the country has registered over 1.2 million locally transmitted Covid-19 cases since the start of the current wave in late April, the ministry said.

Vietnam has so far administered more than 120 million doses of vaccine, of which 49.6 million people have been inoculated twice. - Vietnam News/ANN 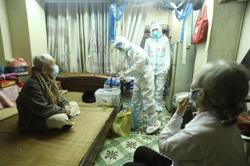 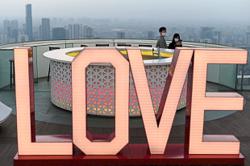