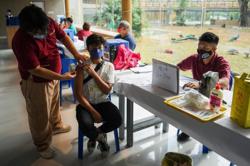 Manila stocks opened 3.8% lower to hit a seven-week low, but later recouped most of the losses to trade down 1.1%.

While South Korea, Indonesia and other Asian countries shut their door to visitors from eight southern African nations over Omicron worries, the Philippines extended its ban to include some European countries and scrapped plans to open its borders to foreign tourists from this week.

In comparison to the Delta variant, the "Omicron's kind and characteristics are still being determined, which puts market outlook on a more uncertain footing until credible science indicates otherwise," said Ruben Carlo O. Asuncion, chief economist at Union Bank of the Philippines.

The Philippines was also forced to slash its inoculation target on Sunday due to a shortage of supplies and other logistical challenges.

Singapore stocks declined 0.9% to their lowest level since Oct. 13 while the local dollar traded flat, with fears growing that the city-state's government may have to scale back recently relaxed curbs.

Overall, however, markets were a bit calmer compared to the selloff on Friday, as investors awaited more data to assess Omicron's impact, with several analysts cautioning that trade could be choppy for the next few weeks.

The baht dipped 0.4% and was on course to fall for the seventh straight day, as Thailand also imposed border curbs, raising concerns about its struggling travel-dependent economy.

"If Omicron anxiety turns out to have been a storm in a teacup, then perhaps that selloff (in the baht) was overdone and we can anticipate some decent bounce there too," Robert Carnell, regional head of Asia-Pacific research at ING, wrote in a note.

The Indonesian rupiah eased 0.2%, while most other currencies firmed around 0.1% each as the greenback was knocked by creeping uncertainty about timing of rate hikes by the Federal Reserve. - Reuters 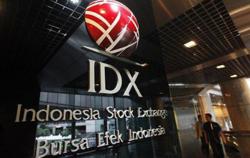