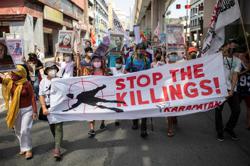 Patindol's short 'Hilom' won the youth jury prize at the Singapore International Film Festival in 2016, in addition to awards at Cinemalaya Independent Film Festival and the Famas Awards.

LOS ANGELES (Variety.com): The Philippines is a vibrant filmmaking region in Asia and that brio is underlined by the brace of projects from the country selected at the South-East Asia Film Lab, which is part of the Singapore Media Festival.

Paul Rembert Patindol (sometimes credited as PR Patindol) was training to be a chemist but he came to a point in life where he needed a different kind of magic, and turned to filmmaking instead.

His short "Hilom" won the youth jury prize at the Singapore International Film Festival in 2016, in addition to awards at Cinemalaya Independent Film Festival and the Famas Awards.

His new work, "Rafael" is a deeply personal project, where in four generations, the name 'Rafael' and his image are passed on from father to son, and carried to cities on different islands, even outside the bloodline.

"I wished I knew my grandparents well. I wish I talked to my father more. That's how 'Rafael' started," Patindol told Variety. "I needed to know better where I come from. I started with an exploration of inheritance -- a father's image, his name and the wounds and ghosts that his legacy carries."

"In 'Rafael', I wanted to navigate young people's attempts to reconcile identity by means of a father and by means of a motherland, by following the diaspora of sons from one island to another -- each son, aching for a home that he has lost," Patindol said.

"Rafael" is currently at the script revision stage.

Like Patindol, Austin Raniel Tan changed track in order to move into film. He was studying materials engineering for a while, before realising that the field was not for him. In contrast, however, Tan's lab project "RA 8491 or How we Recall Lost Memories in Transit" is a political subject.

While at film school, Rodrigo Duterte became the country's president and launched his brutal war against drugs. One night in August, 2017, Tan saw a report about Kian Delos Santos, a 17-year-old student who was killed by two police officers. It later emerged that Santos had no connection to any drug activities, but was killed anyway.

"Every day on the television, you could see reports in the news of people being unjustly killed, teenagers and children being collateral damage, corrupt cops planting evidence and abusing their positions and power to kill innocent people. It really opened my eyes," Tan told Variety.

Set in the aftermath of a violent drug war, "RA 8491" sees three victims seek revenge, redemption and remuneration in the wake of unjust deaths.

"A number of films were made in the past five years, tackling these issues about the drug war, and yet it still continues to this day. I wanted it to stop. It feels like an obligation for me to use films as a platform for change and for the truth," said Tan.

"As a country that dealt with countless wars, colonialism, a dictatorship, and now a drug war, I wanted my films to tackle the silent suffering, grief, and sense of loss that we still experience. 'RA 8491 or How We Recall Lost Memories in Transit' is a film that I wrote to tackle and show the consequences and effects of this bloody drug war."

The script is in the development stage and the project has already participated in the Philippines Full Circle Lab and received support from the Locarno Open Doors initiative. 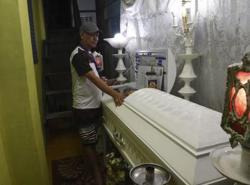 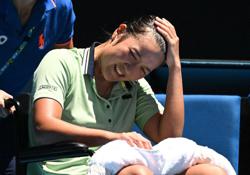