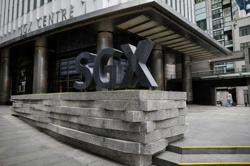 SINGAPORE (The Straits Times/Asia News Network): As the world learns to live with Covid-19, it must first build the resilience to overcome the grave social and economic impact wrought by the pandemic thus far.

And this is a task that Asian and European countries, in partnership, are well positioned to take on, said Prime Minister Lee Hsien Loong on Friday (Nov 26).

"For instance, we can facilitate the sharing of knowledge and expertise, both in the public and private spheres," he said.

"We should also work closely to fully restore supply chains and reopen international travels in a safe manner."

PM Lee was speaking at the biennial Asia-Europe Meeting (Asem) summit, held virtually this year after it was called off in 2020 due to the coronavirus.

He pointed to how Singapore and its partners are taking steps to reconnect with the rest of the world, by reopening borders and restoring cross-border activities safely, based on scientific data.

Singapore has announced quarantine-free vaccinated travel lanes (VTLs) with 27 countries to date. On the list are 10 European and eight Asia-Pacific nations that are members of Asem.

PM Lee said Singapore hopes that the VTLs will prove a useful model for countries in Asia and Europe to progressively resume safe travel arrangements with one another.

"We are also working with partners to develop inter-operable digital solutions, such as digital health certificates, to facilitate more seamless and safe travel by vaccinated individuals," he added, noting that Singapore's Covid-19 certificate is now recognised as equivalent to the European Union's.

Collaboration, connectivity and Covid-19 recovery were some of the key themes of speeches at the two-day summit hosted by Cambodian Prime Minister Hun Sen, who will pass the chairmanship to Europe for its next edition in 2022.

Leaders from Asem, which comprises 30 European and 21 Asian countries, attended this week's summit, with the exception of Myanmar, whose military government pulled out after being asked to send a non-political figure.

This marked the third gathering on the world stage with junta chief Min Aung Hlaing absent, since Asean barred the senior general from a regular summit last month for not honouring a peace plan agreed upon by the 10-nation regional bloc.

China had lobbied unsuccessfully for General Min Aung Hlaing's inclusion at a special summit with Asean earlier this week.

In opening remarks at the Asem dialogue on Thursday, Chinese Premier Li Keqiang called on countries to uphold multilateralism and the international order, saying this was the right choice to maintain world peace.

Asem was launched in 1996 with Singapore as a founding member. Then Prime Minister Goh Chok Tong had conceived of it as a platform to strengthen links between Asia and Europe. 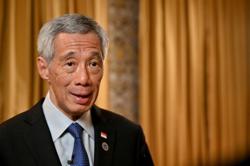 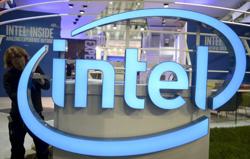