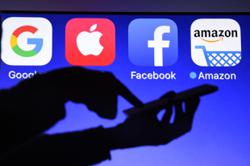 The proposed regulation addresses the years-old complaint of publishers, that tech giants are benefiting from using news content in search results or other features without proper compensation. - AFP

Sources told the Jakarta Post that the new regulation was based on Australia’s News Media Bargaining Code – the first law of its kind in the world – passed in February this year. The law requires aggregators such as Google and Facebook to negotiate fees with publishers.

The proposed regulation addresses the years-old complaint of publishers, which have been losing advertising revenue to online aggregators, that tech giants were benefiting from using news content in search results or other features without proper compensation.

“This kind of ecosystem provides no incentive for proper journalism,” Wens said.

“Our work requires effort that is supposed to be valued. If left to an open fight, we would be done for.”

The draft is the work of media associations and the Press Council through a media sustainability task force. The proposed regulation also gives more responsibility to aggregators to vet online content.

The proposal comes a few months after President Joko “Jokowi” Widodo remarked on National Press Day on Feb 9 that he would instruct his ministers to follow up “regarding draft regulations that protect publisher rights”.

“News companies should not die in the digital era, as they are the pillars of democracy,” he said.

Jason Tedjasukmana, head of corporate communications at Google Indonesia, told the Jakarta Post on Nov 22 that Google had provided billions of dollars to support the creation of quality journalism in the digital age through direct funding to news organisations, revenue sharing via ad networks, training and Google News Showcase.

“All of these have led us to paying news organisations significant amounts of money,” he said, adding that Google was committed to supporting open access to information.

The proposed bill outlines a mechanism for tech companies and news publishers to decide fees and the new responsibilities of platforms in filtering online content, according to an October draft obtained by the Jakarta Post.

If publishers reject the initial offer, the proposed bill requires tech platforms to individually negotiate fees with publishers under the supervision of a to-be-established News Media and Digital Platform Bargaining Agency.

The agency would first vet news publishers over their ability to carry out negotiations based on content, circulation, compliance and annual revenue.

If the platform and publisher fail to reach an agreement, they may assign an independent arbitrator to decide the fee.

The proposed bill also requires companies to filter and take down hoaxes and hate speech, prioritise crawling and indexing for journalistic content from news publishers and authenticate content.

Furthermore, tech companies would be required to inform publishers about algorithmic changes that may affect web traffic, paywalls and advertising revenue.

The Minister of Communications and Information Technology would assign the legal entities responsible for bargaining news fees and vetting online content.

On Oct 19, the task force handed over the proposed draft to the communications ministry for further discussion, then it will be passed to the House of Representatives for deliberation.

The ministry’s director-general for public information and communication Usman Kansong on Nov 15 said the draft had been submitted to the Office of the Coordinating Minister for Political, Legal and Security Affairs to decide the best approach to put the regulation into effect.

“The coordinating political, legal and security affairs minister has responded. He has invited the Press Council and media associations to further discuss what next,” Usman said.

He said three options were on the table – passing a new law, revising prevailing laws or issuing a new government regulation (PP).

Regulators expected passing a new law would take too long as the House has locked its 2020-2024 National Legislation Programme (Prolegnas).

But regulators were also considering passing the proposal through revisions in the Electronic Information and Transactions (ITE Law), Business Competition Law and Copyright Law, the former two of which were included within the latest Prolegnas.

The fastest way would be to pass a government regulation as it did not require lawmakers’ approval, although the final product would not be as powerful as a law.

Rendy Novalianto, a senior analyst at consultancy Bower Group Asia, said the regulation might contain flaws because it was sought to implement an Australia-based regulation in Indonesia. The two countries have different market landscapes that require different policies.

A case in point, Australia’s regulation only incentivised tech companies to ink deals with big publishers, leaving behind small publishers, he said.

Such an arrangement would widen the gap between small and big news publishers in Indonesia, most of which are backed by conglomerates such as CT Corp, Emtek, Media Group and MNC Group.

“It's important to base the draft on an Indonesian context and not just copy-paste from another country,” he said via email, adding that regulators needed to conduct robust public consultations to ensure that public and industry interests were well represented.

He opined that giving the platforms shared responsibility for misinformation would be “very dangerous”, as businesses, which tended to be risk-averse, would likely over-censor news.

Nailul Huda, who heads the Center of Innovation and the Digital Economy at the Institute for Development of Economics and Finance (Indef), said it would be challenging to convince tech companies to follow the regulation as they could argue publishers had benefitted from platforms through greater readerships and access to news material.

“I think it is going to be difficult to run it in Indonesia,” Nailul said.

Kominfo’s Usman said the regulation would improve smaller news publishers’ bargaining position as well, arguing that it was designed to make a fair playing field. 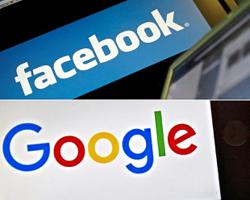 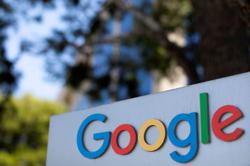