At least 94 percent, or more than 9 million of Metro Manila's target population, have been fully vaccinated, Cabinet Secretary Karlo Nograles said at a virtual press conference.

Metro Manila is home to more than 13 million people. The government, which aims to vaccinate 9.8 million of the capital region's population, has administered 19.54 million doses in Metro Manila so far.

He said the government has administered more than 76.5 million doses of vaccines in the country since the rollout on March 1.

The DOH continued to urge people to get the vaccine, warning that 86 percent of Covid-19 patients and more than 93 percent of those who died from the disease were not fully vaccinated.

The Philippines, which has a population of around 110 million, has tested more than 22.5 million people since the pandemic. - Xinhua 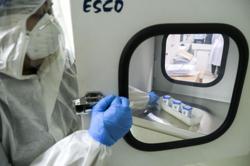