Bui Tuan Lam said his intention in making the video was not to mock any particular individual. - SCREENGRAB FROM PETER LAM BUI/FACEBOOK

HANOI (Reuters): Police in Vietnam have summoned a beef noodle seller who filmed himself imitating Nusret Gokce, or 'Salt Bae', days after a top Vietnamese official was caught on camera eating gold-encrusted steak at the Turkish celebrity chef's London restaurant.

Bui Tuan Lam, 38, from the central city of Danang, said his intention in making the video, which shows him ceremoniously slicing boiled beef and flamboyantly sprinkling green onions into a bowl of noodle soup, was not to mock any particular individual.

"The video I made was for fun and for advertising my beef noodle shop. More customers have been coming since I posted it," said Lam, who added it was not clear if the police summons was because of his video.

Last week, Gokce uploaded a video of himself feeding Vietnam's Minister of Public Security, To Lam, gold leaf encrusted steak at his London restaurant, where a steak sells for up to 1,450 pounds (US$1,960).

Days later, Facebook said it had unblocked the '#saltbae' hashtag, having found the tag had been blocked globally after the footage emerged.

Police in Vietnam routinely summon activists and people publicly critical of the ruling Communist Party for questioning. Danang police did not immediately respond to an emailed request for comment.

Lam, who has previously criticised authorities on Facebook, said he had been "raising his voice for a better society", and that police had previously summoned him for a meeting in April, without saying why.

Images of To Lam's golden dinner have caused a stir both on and offline in Vietnam, with many questioning how such a high-ranking party official allowed himself to be filmed indulging in such expensive food amid a state crackdown on corruption. 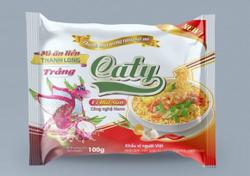