BANGKOK (The Nation/Asia News Network): Lalisa 'Lisa' Manoban will not be able to attend the New Year countdown event in Phuket, South Korean entertainment agency YG Entertainment made it clear on Thursday (Oct 28).

A statement from the company said:

“Referring to the news that Lisa Lalisa Manoban has confirmed that she will participate in the New Year countdown event in Thailand, we are very grateful and honoured that such a proposal has appeared, but unfortunately Lisa will not be able to attend the event. We hope there is no confusion. Thank you.”

Earlier, the Tourism Authority of Thailand (TAT), with the private sector, had hoped to have Lisa grace Phuket’s New Year countdown event in a move to promote the province as a "world-class destination".

Governor Yuthasak Supasorn said the idea struck TAT in late September, when the K-pop singer became the talk of the town after she gained added stardom following the release of her first solo video track 'Lalisa', which broke the Guinness record for the number of daily views and went on to earn her widespread fame and plaudits.

Yuthasak pointed out that an appearance by Lisa could draw tourists from around the world to Phuket, especially BlackPink fans and admirers who make up the so-called “Blink” universe. 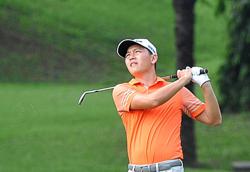