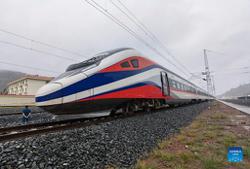 HANOI (Vietnam News/Asia News Network): Deputy Prime Minister Lê Văn Thành has signed a decision approving the railway system plan for 2021-2030, with a vision to 2050, which sets a target of building nine new railways by 2030.

Under the plan, the railway industry will renovate and upgrade existing railways, connect with international transport routes; prepare capital and resources to start construction on new routes, with priority given to North-South high-speed ones and those linking gateway seaports, international airports, and main railways in major cities.

Specifically, the sector will upgrade the seven existing routes with a total length of 2,440km.

The total capital needed for both upgrading and building railways will be around VNĐ240 trillion (US$10.5 billion).

In order to fulfil the targets, the decision also put forward key measures and policies, including building and issuing mechanisms to encourage, support and create favourable conditions for domestic and foreign individuals and organisations to invest in railway transport and transport logistics services; continuing to attract and effectively use ODA capital sources and preferential loans of international donors in railway projects; socialise investment in railway services and logistics; mobilise all economic sectors, including foreign investors, to invest in means of public transports and construction of facilities supporting transport activities such as goods storage.

Other measures include reducing environmental pollution caused by railway transport activities, particularly in treating wastewater and industrial waste; promoting human resources training; and expanding international cooperation to learn from other countries' experience and science and technology in railway development. 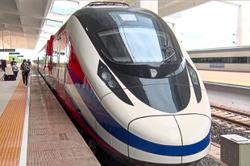