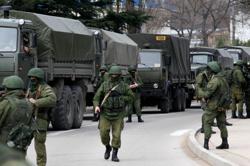 A participant gets vaccinated during a recent mass vaccination programme held in Jakarta. - Kompas.com

JAKARTA (The Jakarta Post/Asia News Network) The United Kingdom is witnessing another soaring number of Covid-19 infections despite 70 per cent of the population having been vaccinated. The Indonesian government therefore, has warned everyone to stay alert and maintain their health protocol discipline, along with the accelerated vaccination drive.

“As of now, right now, some countries are witnessing increasing numbers of Covid-19 cases despite their high vaccination rates. This time it is the UK, previously it also hit Russia and other European countries. This constantly reminds us of the lingering threat, and we should not be off guard even though we have it under control right now,” Communications and Information Technology Minister Johnny G. Plate said.

To date, more than 50,000 people have been recorded as positively infected in the UK. But the British government have also recorded that the inpatient and death rates have remained low, thanks to the high vaccination rate.

“The soaring cases as shown in Russia and the UK have proved that the pandemic is still far from over. Vaccinations have been proven to be an important factor to supress the death risk.

Therefore, we must maintain the vaccination and health protocol movements,” Johnny said.

Meanwhile, epidemiologist and senior researcher Kamaluddin Latief said the Indonesian people should learn from the current soaring cases in the UK and previously in Israel, and the importance of maintaining alertness.

The seemingly under control situation right now must not be the reason to let our guard down.

“This pausing momentum should be the greatest opportunity for us to learn, evaluate and maintain what has already worked for us,” he said.

Kamal said despite Indonesia’s position in the top ten countries for vaccination acceleration, we must remember that up to today, the national vaccination rate has not yet reached 70 per cent, the requirement for herd immunity.

Therefore, it was important for those who have not yet been vaccinated to get their first shot immediately.

“Besides implementing strict health protocol discipline and tightening up our borders, we need to catch up with the vaccination target and distribution to prevent our people from infection. Special attention should go to our elders, people with comorbidities and children,” he said.

Kamal added that there were several possibilities behind the UK’s soaring cases, starting from health protocol loosening, border reopening to vaccine immunity wearing off. He also suggested the possibility of new variant mutation.

“This pandemic situation could become a long war. Covid-19 is a new phenomenon, so many countries are still studying and deliberating the best strategies to control it, depending on each country’s condition. Both the government and the people must contribute to control this virus, among others, by applying health protocols and accelerating vaccination numbers,” he said. 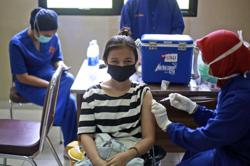 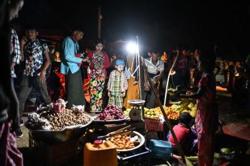