Indonesia needs more than a military strategy for the Natunas 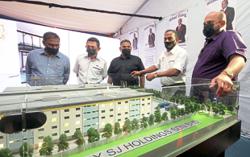 In this 2016 photo, Indonesian President Joko Widodo (centre) is seen on the deck of the warship KRI Imam Bonjol in the waters of the Natuna islands. - AFP

JAKARTA, Oct 25 (The Straits Times/ANN): A photo of Indonesian President Joko Widodo wearing a bomber jacket and standing next to a warship gun has become famous these last few years. It has been used in many media headlines and news articles, and was even on the cover of an academic book that examines Indonesian nationalism and sovereignty.

The picture was taken in late 2016. Then, the President had led a small-scale Cabinet meeting on a warship that sailed in the North Natuna Sea, after a Chinese fishing vessel had entered the Indonesian exclusive economic zone (EEZ) illegally. He sought to send a message that Jakarta will take any violation of Indonesian sovereign rights seriously.

Five years on, however, the power of the bomber jacket image appears to have flamed out.

Indonesia is still facing the very same problem of the Chinese Coast Guard and even the People's Liberation Army Navy escorting Chinese fishing vessels or survey ships into Indonesia's EEZ.

The image was quite successful in displaying nationalism to calm Indonesian citizens but it has failed to deter Beijing from sending its ships into Indonesia's EEZ.

Indeed, the North Natuna Sea is quite a complex issue for Indonesia. Even though Indonesia does not have any pending delimitation with China, Indonesia is often forced to act due to China's illegal nine-dash line claim to the South China Sea overlapping with the Indonesian EEZ.

Under the United Nations Convention on the Law of the Sea (Unclos), Indonesia has sovereign rights to explore and exploit natural resources in its EEZ and continental shelf. Unclos Article 73 also gives Indonesia authority to enforce its national laws and regulations on foreign vessels which illegally fish in Indonesia's EEZ without Indonesia's consent.

To deter Beijing from fishing and surveying illegally in Indonesia's EEZ, Jakarta needs to move beyond a military-focused strategy in the North Natuna Sea. Using a civilian presence to utilise all the natural resources in the area is fundamentally important. The North Natuna Sea and the Natuna islands are rich in natural resources such as fisheries, and high in mining potential.

First, Indonesia has to increase the presence of its fishing vessels in the North Natuna. However, most Indonesian local fishermen in Natuna are mostly small-scale operators; sailing out to 200 nautical miles in the exclusive economic zone remains a challenge.

To its credit, Indonesia has been trying to send a bigger fishing vessel from Java to catch fish in the North Natuna Sea. However, it seems that the plan has created friction with the local fisherman in Natuna. Therefore, it would be better for the government to support and equip local Natuna fishermen with larger vessels for use in the EEZ.

To increase its activities in Natuna, Indonesia also must start to build the fishery industry there. The government should consider supporting local fishermen to expand markets overseas. Modern industries with more advanced technology will increase the area's export capacity and create jobs for local people.

Second, Indonesia should consider exploiting the area's huge potential for marine tourism, given its beautiful beaches and natural landscape.

On many occasions, the government has highlighted the tourism potential of the Natunas. But the infrastructure in the area is falling behind. The same applies to the number of flights, hotels and other forms of entertainment on the island.

As the saying goes, once you build it, they will come. Indonesia has to build proper tourism infrastructure before promoting the Natunas to local and international tourist markets. This could involve roping in private sector investors, whether from Indonesia or beyond.

Third, Indonesia must increase its marine scientific research activities in the North Natuna Sea. It is beyond dispute that the area is Indonesia's EEZ, but evidence of consistent use and exploitation of the resources in the area will serve to deter Chinese forays into the area.

The infrastructure for such activity already exists, in the form of the newly established National Research and Innovation Agency. The conduct of more marine scientific research in the area will help Indonesia discover the vast potential of marine resources and other biodiversity in the area.

A military and diplomatic strategy alone in responding to any provocation and escalation from Beijing in the North Natuna Sea is not enough.

Indonesia must implement its integrated ocean policy and build the infrastructure necessary to increase economic activity and presence in the area.

A strong civilian presence in the area will serve to deter further Chinese forays into the area, and reinforce the fact that the area is for Indonesia to exploit.

*Aristyo Rizka Darmawan is a lecturer in international law at the University of Indonesia and Young Leader at the Honolulu-based Pacific Forum Foreign Policy Research Institute. This article was first published in Fulcrum, the commentary and analysis website of ISEAS -Yusof Ishak Institute. 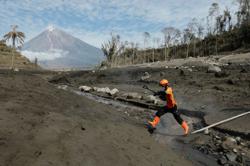