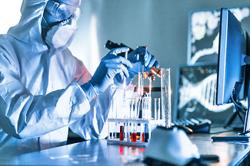 The minister elaborated that once children aged 17 and below are vaccinated, the minister said, “which is around 25 per cent, it will exceed 100”, as the percentage of individuals who have received the first dose of the vaccine is currently at 80.7 per cent.

“The first dose is administered to everyone in the country including foreign workers.

“Apart from that, visitors and tourists have also been vaccinated.

“Due to the second wave, they have been unable to return home due to flight unavailablity.

“Some were here for over a month so we vaccinated them as well because we stand by the motto, ‘no one is safe until everyone is safe’,” said the minister, adding everyone in the Sultanate have access to the vaccine.

“What is fairly exciting to see from this is the percentage being higher when added together, which is a good thing.”

According to Brunei's Ministry of Health, the new cases include 228 local infections and one imported case.

There are currently 2,452 active cases being treated and monitored at the National Isolation Centre. A total of 9,368 recovered patients and 81 deaths have so far been reported in the country. - Borneo Bulletin/ANN