VIENTIANE, Oct 23 (Vientiane Times/ANN): Vientiane authorities have cancelled all events that are traditionally part of the annual boat racing festival, which had been planned to last until Oct 30.

The boat racing, which coincides with the end of Buddhist Lent, is a major and popular annual festival.

The decision to cancel comes in the wake of a continuing rise in the number of Covid-19 infections. It was considered unwise to go ahead with the celebrations, which see large numbers of people gathering in public places.

The Vientiane Education and Sports Department has instructed all nine districts in the capital not to hold any events that are normally part of the festival, including activities to mark the end of Buddhist Lent on Oct 21.

Vientiane authorities have specifically banned such events in areas designated as red zones.

However, temples located in green zones can hold small-scale events on Oct 21 but these must take place in compliance with the standard Covid control measures.

This event normally takes place after the candlelight procession in the evening and is a cultural highlight in the province’s calendar.

Luang Prabang authorities have also forbidden almsgiving during lockdown and banned people from leaving their homes float lighted banana boats on the river.

This popular custom, known as Loy Kathong, normally takes place at the same time as the Boun Lai Heua Fai, when people decorate banana stems and leaves with flowers and set them bobbing downstream in homage to the river spirits.

Elsewhere, authorities in Xayaboury and Saravan provinces have also cancelled events to mark the end of Buddhist Lent such as the boat races and Loy Kathong. - Vientiane Times/ANN 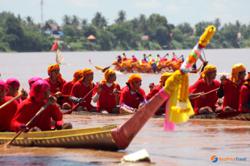 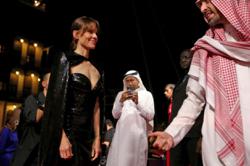