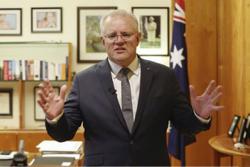 AUSTRALIA plans to set up a travel bubble with Singapore next week that is expected to allow quarantine-free flights to start from November.

Australia’s Prime Minister Scott Morrison confirmed the plan yesterday, indicating that the bubble for fully vaccinated travellers could be in place by Nov 23 and would initially apply to international students and business travellers.

Tourists could be allowed to enter from December.

“We are in the final stages of completing an arrangement with the Singapore government,” Morrison told reporters.

“We anticipate that being able to be achieved within the next week or so as we would open up to more visa class holders coming out of Singapore. We’re opening up.”

In a Facebook post yesterday, Singapore’s Prime Minister Lee Hsien Loong said he was delighted that Australia will allow entry to visa holders from Singapore, adding that he had encouraged Morrison to do so when he visited Singapore in June.

“Singapore and Australia have robust economic and investment links, and warm people-to-people ties. Look forward to resuming close connectivity between our countries, as we move towards an endemic Covid-19 future,” Lee said.

Other major cities are yet to follow and travellers to Australia will need to be aware of potential restrictions on travelling from Sydney and Melbourne to other states.Morrison did not give a firm date for the start of the travel bubble but indicated the timetable would align with that of Qantas, the national carrier.

Qantas said yesterday that flights to Singapore will resume on Nov 23, with three A330 flights per week. — The Straits Times/ANN 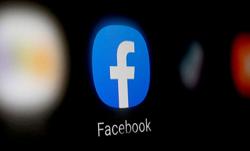