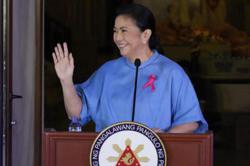 MANILA (Philippine Daily Inquirer/Asia News Network): Senator Leila de Lima has debunked false information spreading online claiming she is not qualified to run for another Senate term, as she slammed “paid trolls” for perpetuating “fake news” against her reelection bid.

According to De Lima, she has met all the qualifications to run for senator under the 1987 Constitution and is allowed to seek reelection since she has “not been convicted, let alone by final judgment, of any criminal offence.”

“It came to my attention that paid trolls are spreading the news about me that I am not qualified to run in the 2022 elections because I am detained. Don’t believe them,” De Lima wrote in a dispatch from Camp Crame on Tuesday (Oct 19).

“I have all the qualifications for Senator as set forth in the 1987 Constitution (Sec. 3, Art. VI) and none of the disqualifications provided under the law (Sec. 12 & Sec. 68, Omnibus Election Code),” she added.

The senator then called on the public to be smart and exercise vigilance, stressing that the false information about her Senate bid is “obviously part of a disinformation campaign against her as she declared her candidacy.”

In a separate statement, De Lima also asked Filipinos to “always make it a habit to check the legitimacy or veracity of any pieces of information that we read online before believing them.”

“With the elections getting closer, expect more defamation and false information being spread by those who want to remain in power and their cohorts in order to hide their shenanigans and make them escape accountability in the future," she said.

De Lima has been detained in Camp Crame since February 2017 over drug-related charges, which the senator has repeatedly called as “trumped-up.”

The senator filed her certificate of candidacy through her lawyer last Oct 8, as she sought to advocate for social justice, human rights, criminal justice reform, good governance, rule of law and national sovereignty.