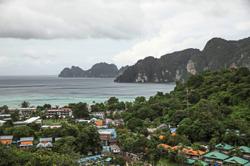 (FILES) In this file photo taken on October 17, 2020 a woman wades though floodwaters along a street in central Vietnam's city of Hue. - Even if humanity beats the odds and caps global warming at 1.5 degrees Celsius above preindustrial levels, seas will rise for centuries to come and swamp cities currently home to half-a-billion people, researchers warned on October 12, 2021. "Roughly five percent of the world's population today live on land below where the high tide level is expected to rise based on carbon dioxide that human activity has already added to the atmosphere," lead author Ben Strauss, CEO and chief scientist of Climate Central, told AFP. (Photo by Manan VATSYAYANA / AFP)

Speaking at an Arria-formula meeting of the United Nations Security Council on sea-level rise and implications for international peace and security on Monday, Quy said out of the people hardest hit by sea-level rise globally, more than 70% live in Asia.

Vietnam’s Mekong and Red River Deltas are among the areas most vulnerable to sea-level rise, he stressed.

Other delegates lauded Vietnam’s initiative to organise the meeting and shared the view that sea-level rise has posed threats both at present and in the future, and resulted in the depletion of agricultural and aquatic resources.

Sea level rise had also affected the livelihoods of millions of people and worsened conflicts, they added.

Many suggested attention should be paid to mitigation and adaptation measures to climate change.

They also agreed that legal consequences of sea-level rise needed to be addressed within the framework of international law. — Vietnam News/ANN 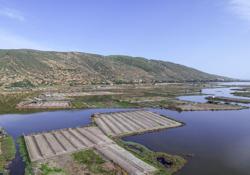