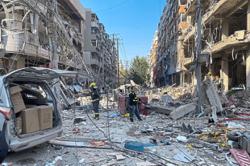 The incident happened just before 8.20am at a barbecue restaurant in Shenyang, capital of Liaoning province. - LIAONING FIRE DEPARTMENT/WEIBO

BEIJING (The Straits Times/Asia News Network): An early morning explosion in a restaurant in north-eastern China has killed one person and injured 33 others including passers-by, state media said on Thursday (Oct 21).

The incident happened just before 8.20am at a barbecue restaurant in Shenyang, the capital of Liaoning province, reported state broadcaster CCTV, citing the local authorities.

The explosion appears to have been caused by a gas leak, the authorities have said.

"According to initial investigations, we have determined there was an explosion within a mixed-used building. City emergency services, utilities officials and public security departments are all at the scene. Rescue efforts are still underway," said a post on the Liaoning Fire Department's official Weibo social media page.

The building is located at a busy traffic intersection and many of those injured appeared to be passers-by on their early morning commute.

A live stream of the scene showed blown out windows on the first three floors of the building, with debris strewn across the street. Nearby vehicles and at least one public bus were damaged while several motorised tricycles lay on their sides, knocked over by the impact. 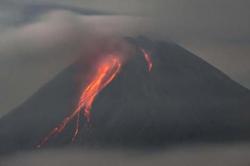