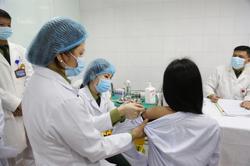 HANOI (Vietnam News/Asia News Network): A total of 3,646 new cases were reported in Vietnam on Wednesday (Oct 20), along with 72 more deaths.

The nationwide tally since the beginning of the pandemic stands at 869,193. The total number of deaths is 21,416.

Among the new cases, 11 were imported and the rest were local transmissions. Of the new infections, 1,810 were detected in the community.

The number of infections increased by 608 cases compared to Tuesday’s figures.

HCM City still has the highest infection rate with 1,347 cases, followed by the neighbouring provinces of Bình Dương (492) and Đồng Nai (305).

The Ministry of Health has directed the health departments of Bắc Ninh, Phú Thọ and Thanh Hóa provinces to urgently expand their epidemiological investigations and trace those who have close contact with new locally transmitted cases.

In the past two days, a cluster of at least 11 community cases relating to a local pre-school has emerged in Quế Võ District, Bắc Ninh Province, a previous Covid-19 hotspot.

The local authority has urgently conducted their epidemiological investigations relating to this cluster, to quickly locate infected people and prevent infections from spreading further into the community.

It was also announced on Wednesday that 1,737 patients have fully recovered from the virus, bringing the total number of recoveries to 796,583.

More than 67 million doses of vaccines have been administered so far in Vietnam. 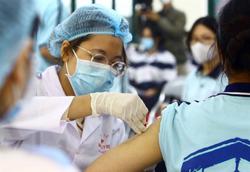 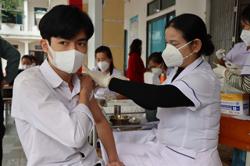