BANGKOK, Oct 19 (The Nation Thailand/ANN): The recent cluster of infections in the South is mostly based in the lower part of Songkhla province, at the point where it intersects with Pattani, Yala and Narathiwat, said Dr Papon Deechaisit, deputy director of the provincial public health authority.

He said the public health authority in Songkhla can administer up to 25,000 jabs daily, and if this rate is maintained then 70 per cent of the population should be vaccinated this month

He also said the vaccine regimen will be modified from the Sinovac-AstraZeneca cocktail to Pfizer for both jabs. Of the 120,000 students aged between 12 and 18, 92,000 have received at least their first jab, he said.

Songkhla saw 498 new infections on Tuesday, though there were no deaths. Since April this year, the province has had 41,023 Covid-19 cases and 172 deaths.

Meanwhile, Pattani led the list on Tuesday with 621 cases, followed by 602 in Nakhon Si Thammarat, 455 in Yala and 453 in Narathiwat.

The Centre for Covid-19 Situation Administration has predicted that if action is not taken immediately, the number of daily cases in the deep South may hit 800-1,000 from the current rate of 500-600 infections.

Ministry of Public Health reported on Tuesday (October 19) morning that in the past 24 hours there are 9,122 new patients who tested positive for Covid-19.

Death toll increased by 71, while 10,731 patients were cured and allowed to leave hospitals.

Thailand ranks 24th in the global list of most cases, which is topped by the US with 45.90 million, followed by India with 34.09 million, Brazil with 21.65 million, the UK with 8.5 million and Russia with 8.03 million. - The Nation Thailand/ANN 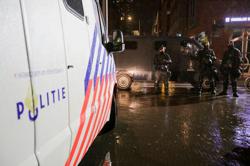