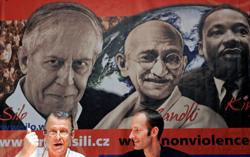 The United States gained a seat on the United Nations Human Rights Council last week paving the way for further confrontation expected between Washington and Beijing over governance, values and their competing visions for the global order.

Washington received 168 votes out of a possible 193 at the UN General Assembly to serve on the council, based in Geneva.

“Having fulfilled President Biden’s campaign pledge to rejoin the Human Rights Council, we can work to ensure this body lives up to these principles,” said US ambassador to the UN Linda Thomas-Greenfield minutes after Thursday’s vote.

Washington will press ahead on a broad range of issues, from rights violations in countries such as China, Afghanistan and Syria, to broader themes, including women’s rights, racial and ethnic injustice and violence against minority groups, she said.

“Finally, we will press against the election of countries with egregious human rights records and encourage those committed to promoting and protecting human rights both in their own countries and abroad to seek membership,” Thomas-Greenfield added.

Analysts, activists and former diplomats said as China becomes increasingly assertive in the UN, and the US pushes back, human rights issues on the council are likely to fuel more trans-Pacific tensions, although some questioned how far this would go beyond words.

“The US will be more willing to push back, particularly if China says something egregious. But I don’t see them doing much against China other than that,” said Brett Schaefer, a fellow with the conservative Heritage Foundation think tank, adding that he does not expect a US-backed resolution against China.

Beijing has come under growing global scrutiny following its crackdowns in Hong Kong and Xinjiang, where up to 1 million Uygurs reportedly have been held in detention camps that China has termed vocational centres.

“I don’t expect the Human Rights Council to pass a resolution on China,” Schaefer added. “Part of that is China’s growing influence at the UN – so far it’s prevented that from passing – and because the US and EU are reluctant to confront them in that venue, afraid of losing a referendum.”

The outcome of Thursday’s vote was all but ensured, given a voting system under which uncontested seats are often allocated in advance within geographical groups. Italy gave up its seat so the US could run.

Council elections are staggered. The United States was one of 18 nations elected for the next three-year term, having left the 47-member body in 2018 under the Trump administration, a harsh critic of multilateral organisations. China’s three-year term started in early 2021. 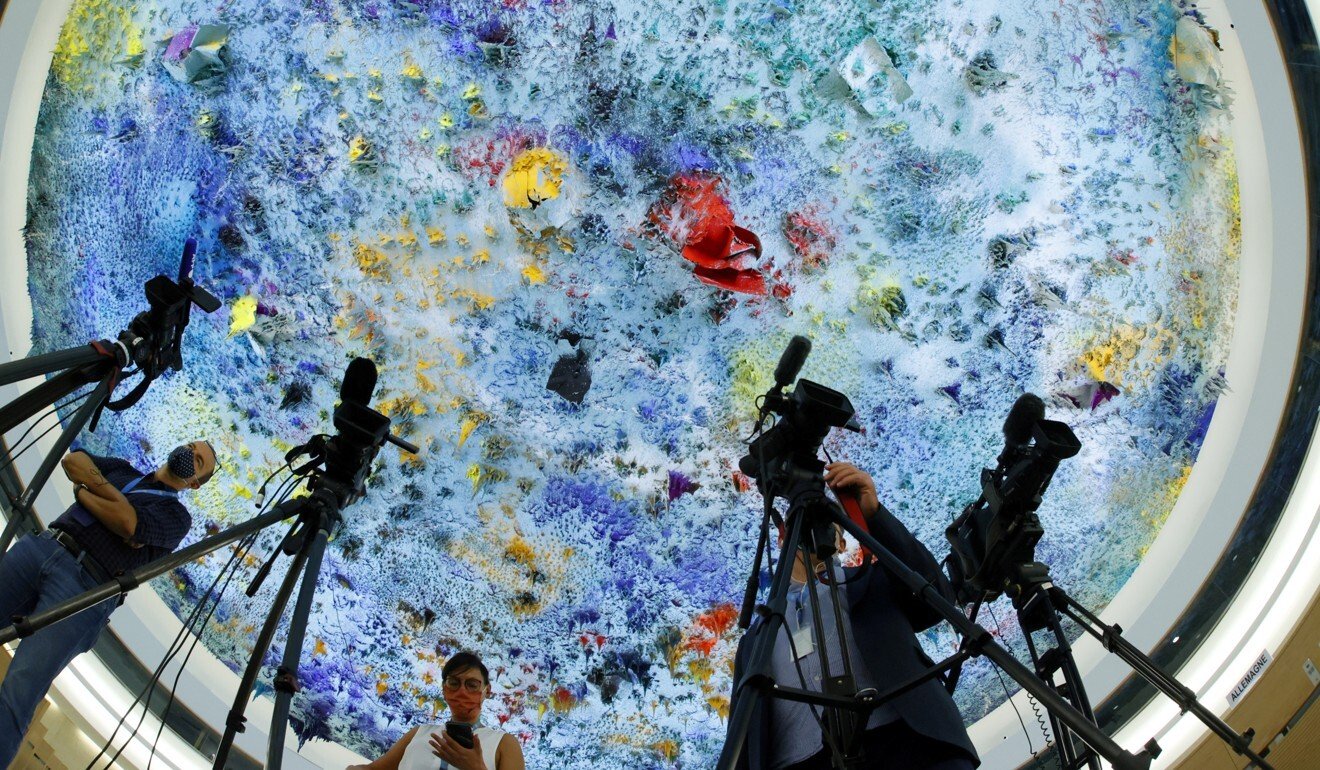 Some analysts said US membership is likely to see greater UN focus on other human rights-related themes the Biden administration has prioritised, including climate change, LGBTQ rights and the human rights records of Russia, Ukraine, Syria and Ethiopia.

Others expressed concern that the US-China stand-off and broader acrimony between democracies and authoritarian states seen in the council recently will continue to overshadow proceedings. The US gained observer status on the council in February.

“The US’ all-consuming focus on human rights in China, and China’s rather petulant overreactions, are ‘capturing’ the council, or, as some have said, ‘sucking the oxygen’ from the body’s other important areas of work,” said Geneva-based think tank Universal Rights Group in a report Wednesday, citing European concerns.

One silver lining, and an area of potential cooperation between Washington and Beijing, however, was the council’s recognition earlier this month of a new universal human right, namely the right to a clean, healthy, and sustainable environment, said analysts.

If the measure is passed by the UN General Assembly as expected, this would become the first stand-alone right fully recognised by the UN since the Universal Declaration of Human Rights was adopted in 1948.

Critics have decried the lack of competition or transparency in council elections.

In a statement after the vote, Idaho Republican Senator James Risch slammed the election as an undemocratic “sham” and the Biden administration for rejoining the council without securing reforms.

“The United States should not be lending its legitimacy to a body that includes perpetrators of human rights abuses like China, Venezuela, and Cuba,” said Risch, the top Republican on the Foreign Relations Committee, in a statement. “The Biden administration will pat itself on the back for rejoining this flawed body.”

Others argue that in rare cases where a genuine contest occurred, the council was able to uphold its mandate to call out and act against countries where alleged abuses take place. Last year in a rare development, Saudi Arabia was denied a council seat after the killing of journalist Jamal Khashoggi inside the Saudi consulate in Istanbul, Turkey.

And when China ran for a seat last year amid its crackdowns in Hong Kong and Xinjiang, its support fell to 139 votes from 180 at its previous election – its lowest tally since the council was established in 2006.

“UN member countries should ensure that all regional slates in future Human Rights Council elections are competitive,” said Louis Charbonneau, UN director with Human Rights Watch. “As we saw with Saudi Arabia’s failed bid for a council seat in 2020, it’s the best way to keep abusive candidates off the council.”

The discord in the just concluded session of the council, which lasted 13 months ending on October 11, was reflected in the numbers, analysts said.

Some 42 per cent of texts were subject to a vote, a step generally unnecessary when there’s broad agreement, compared with 26 per cent during the prior session. And 28 per cent of adopted resolutions saw hostile amendments – designed to kill or seriously dilute a resolution – compared with 8.5 per cent in the previous session, according to Universal Rights Group. 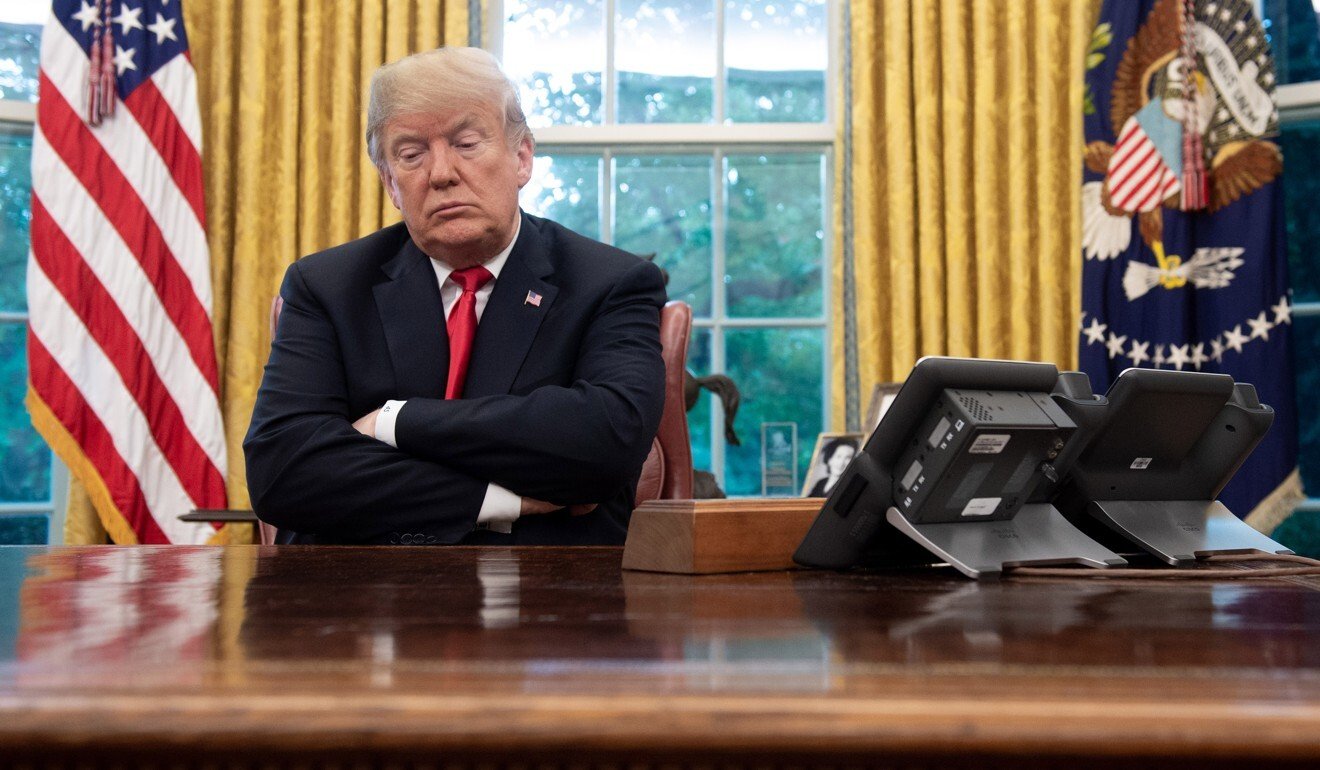 “Much of the acrimony was centred on, and much of the growing division generated by, the ‘great power’ rivalry of, on the one side, the US, together with its Western allies, and on the other side, China, Russia, Saudi Arabia, and their partners,” the think tank added.

One example of the growing discord and tit-for-tat proceedings at the council was seen earlier this year when, in response to repeated US statements over its record, China tabled two draft resolutions in the council.

One centred on the “legacies of colonialism”, seen as a thinly veiled swipe at the US and United Kingdom. And the second focused on “realising a better life for everyone”, part of Beijing’s bid to reshape the global human rights system and emphasise the power of states over the rights of individuals.

The United Kingdom, backed by the US, then responded with hostile amendments that sought to recognise disputed territorial claims as a current form of colonialism – a reference to China’s growing expansion in the South China Sea – and another inserting language on a need to halt “the forced assimilation of persons belonging to minorities”, a reference to Beijing’s treatment of Uygurs in Xinjiang.

“A clearly shaken China reacted to this de facto loss of face by withdrawing its draft resolution on ‘realising a better life for everyone’,” wrote Marc Limon, Universal Rights Group’s executive director.

In a statement Thursday, US Secretary of State Antony Blinken said the council had merits but was flawed, including its inclusion of members with “egregious human rights records” that try and subvert the council’s founding ideal, namely that states are obliged to protect individual human rights.

Even as both giants and their allies face off, their audience is in many ways the many African, Latin American and Asian nations with ties to both Washington and Beijing.

“How many countries are going to support China or the US, a lot depends how US does in addressing its interests and how it’s perceived. Unfortunately the administration is doing poorly right now,” said Schaefer, referencing the Afghanistan pull-out.

“When the US sends a letter talking about Xinjiang, China responds with its own letter with more people on it. There’s a real tit-for-tat dynamic.” 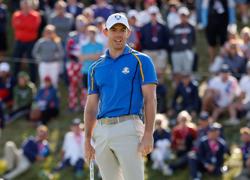